Home » Daily » Depression » Zoloft and Other Antidepressants: Can They Lift the Cloud of Depression? 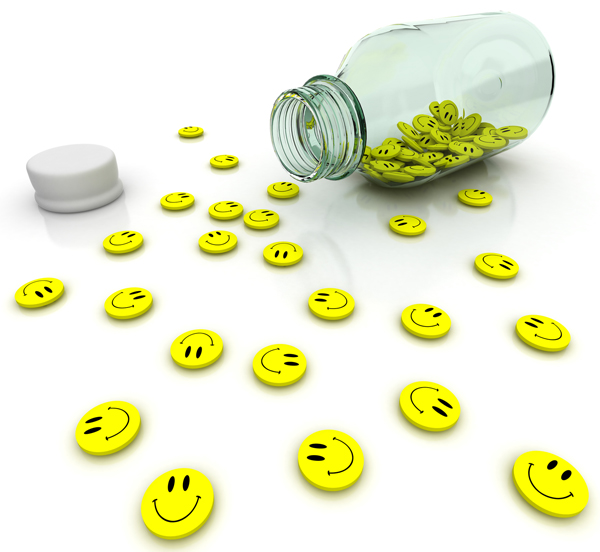 Can antidepressants such as those found in Zoloft help overcome depression?

Millions of American adults suffer from major depressive disorder (MDD), a condition that often interferes with a person’s ability to work, carry on successful interpersonal relationships, and engage in daily activities of living. However, many people get relief from their depression by taking antidepressant medications. Popular classes of antidepressants include selective serotonin reuptake inhibitors, or SSRIs (among them sertraline, found in Zoloft), and serotonin and norepinephrine reuptake inhibitors, or SNRIs (among them venlafaxine, used in Effexor).

“Depression is an illness, and, just like any other illness, it needs to be treated so that symptoms can be alleviated and complications can be prevented,” says Anna Rosen, MD, a psychiatrist at Weill Cornell Medicine.

Dr. Rosen says that several factors are considered when choosing an antidepressant medication. A physician will first obtain a thorough medical and personal history and listen to the patient explain the symptoms he or she is having. Dr. Rosen considers which symptoms are causing the most distress and which medication is most likely to provide symptom relief, along with the possible side effects.

WHAT YOU CAN DODEPRESSION SYMPTOMS

Be alert for symptoms of depression, which include:

“For example, a patient who is depressed and has problems sleeping needs a medication that will help improve sleep rather than one that might further disrupt sleep. Benzodiazepines, such as Valium and Xanax, interrupt sleep rhythm, but the antidepressants mirtazapine (Remeron) and trazodone often help improve sleep,” she explains.

SSRIs include, as mentioned above, sertraline (Zoloft) along with fluoxetine (Prozac), escitalopram (Lexapro), and citalopram (Celexa). These drugs affect chemicals in the brain that are associated with mood. “The SSRIs are used as a first-line agent for treating depression; they have a good safety profile and they target the core symptoms of depression and anxiety,” explains Dr. Rosen. “The most common side effects are upset stomach and headache.”

SNRIs include duloxetine (Cymbalta) along with venlafaxine (Effexor). Bupropion (Wellbutrin) and trazodone are two other drugs that may be used.

Older medications for depression include tricyclics (Elavil, Pamelor) and MAO inhibitors (Nardil, Parnate), but these medications are rarely used, since the newer drugs are more effective and have fewer side effects for most patients.

If the medication is effective at treating the symptoms but there are problematic side effects, the side effects can often be treated successfully. “If the patient isn’t getting relief from her symptoms, we need to consider the length of time the patient has been taking the medication, what dose they are taking, and if they are taking it as prescribed. We may adjust the dosage or consider a different medication,” explains Dr. Rosen.

Beyond Zoloft and Other Antidepressants: The Importance of Talk Therapy

Dr. Rosen says that along with medication, she recommends psychotherapy, also commonly referred to as counseling or talk therapy, for every patient. Modern-day therapy for depression is goal-directed; a problem is identified, a goal is set, and the patient learns to use tools and develops strategies and skills to change her thinking and behavior.

If your primary care physician has prescribed medication for your depression but you are still struggling with symptoms, Dr. Rosen advises a consultation with a psychiatrist, who has more in-depth knowledge of the medications that may help.

If you think you may be suffering from depression, tell your doctor about your symptoms. If you don’t think you’re depressed but you have family members or friends who have expressed concern about changes in your mood or behavior, mention it to your doctor. Often, people don’t recognize signs of depression in themselves; symptoms of depression are often attributed to the challenges and stressors that are part of life.

If you feel embarrassed or ashamed when you think about asking for help, ask anyway: These feelings are common in people with depression, but it’s difficult to shake those feelings without professional help.