Home » Daily » Stress & Anxiety » Anxiety Symptoms in Men: Is “Toughing It Out” the Answer? 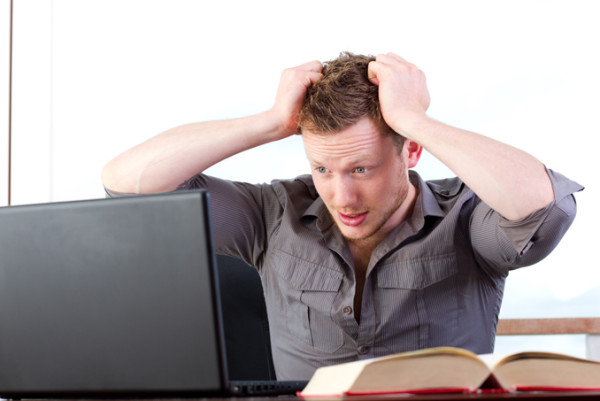 Do men have more of a natural resistance to stress than women? Some evidence suggests as much.

It might not surprise some, but there’s actually considerable evidence that men are physically less vulnerable to stress and anxiety than women. Research suggests, for instance, that the body’s stress response is less readily activated in men than women and less long-lasting.

In addition, fluctuations in female hormones such as estrogen and progesterone can make women vulnerable to anxiety or anxiety attack symptoms during certain times of the month or certain periods of their lives (during or right after pregnancy, for example, or during menopause).

By contrast, there is evidence that the male hormone testosterone can actually have some anti-anxiety effects. Finally, male brains process the brain chemical serotonin, which is important for regulating anxiety, more quickly than female brains do. Male brains are also less susceptible than female brains to the stress hormone known as corticotropin-releasing factor (CRF). This hormone plays an important role in the regulation of the stress response.

What Are the Anxiety Symptoms in Men?

Because men are often taught to be “tough,” they may be more vulnerable than women to using inappropriate coping strategies for anxiety. For instance, men may feel compelled to “tough it out” or ignore anxiety rather than ask for help.

Some men try to self-treat with alcohol or illicit drugs or try to distract themselves with gambling or other addictive behaviors. In addition, some men may choose to isolate themselves during stressful times instead of reaching out to others for support.

For information related to anxiety symptoms in men as well as women, please visit these posts:

When iy comes to anxiety symptoms in men, one of the most important challenges is admitting to a problem. Many feel that such treatments for anxiety as psychotherapy, biofeedback, medication, and meditation are not “manly” enough for them.

Overcoming these biases is the first step to getting better and regaining control over one’s life. Men must understand that anxiety is an illness like any other—and not a sign of weakness. It should not be ignored or “toughed out” anymore than diabetes or heart disease.