Lavender May Reduce Signs of Anxiety in Women

It's normal to feel a little apprehensive from time to time. Let’s face it—life can be stressful. All of us worry about things like financial problems, work, family struggles, or health. But sometimes anxiety can become so severe that completing simple, everyday tasks is difficult. When this occurs, it may … Read More

Anxiety Symptoms in Men: Is “Toughing It Out” the Answer?

It might not surprise some, but there’s actually considerable evidence that men are physically less vulnerable to stress and anxiety than women. Research suggests, for instance, that the body’s stress response is less readily activated in men than women and less long-lasting. In addition, fluctuations in female hormones such as … Read More

Anxiety Symptoms in Women: What Causes Them, and How to Cope

The body’s stress response, the one that prepares us to "fight or flight" in the face of an imminent danger—encountering a wild animal or a mugger, for example—is activated more readily in women than men and lasts longer. This may help explain why anxiety symptoms in women are twice as … Read More 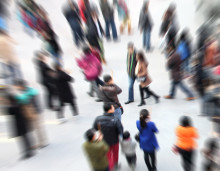 People with social anxiety disorder (SAD)—also called social phobia—have an intense fear of social situations, especially if they believe they’ll be judged or scrutinized by others. So, while going to a party may produce what feels like anxiety, a party in which the person is the guest of honor might … Read More