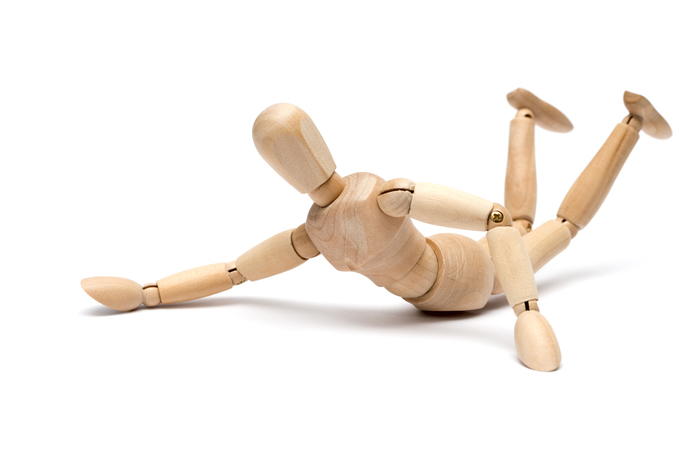 Cataplexy, according to the Sleep Foundation, is a "sudden and uncontrollable muscle weakness or paralysis that comes on during the day and is often triggered by a strong emotion, such as excitement or laughter." While temporary, it can result in a sudden fall, or a "drop attack."

What kind of medical condition could possibly be triggered by something like anxiety, fear, depression, joy, or even laughter? The answer is cataplexy—a sudden loss of muscle strength, tone, and control. Muscle tone is what keeps our bodies upright and moving, as the Narcolepsy Network puts it.

And why is the Narcolepsy Network providing information about cataplexy? Because most people who are cataplectic also have narcolepsy, the disorder that causes daytime drowsiness and sudden, unpredictable episodes of sleep. As many as 200,000 Americans have narcolepsy. (See Is My Daytime Sleepiness Really Narcolepsy?)

First, we should clear up misconceptions about cataplexy. It is not an inherited condition, even though up to 10 percent of those with cataplexy have close relatives who show symptoms. And it is not a seizure disorder, though it is often misdiagnosed as one. Unlike a seizure, people with cataplexy usually remain conscious and remember what has happened during an episode.

How do you know if you’re at risk for cataplexy? Risk factors include:

The immediate causes are the emotional triggers mentioned in the first sentence of this post. Causes also may include anxiety, happiness, excitement, sadness, annoyance, surprise, fear, and stress. Laughing may be the most common trigger.

The underlying cause of cataplexy is unknown, but we do know that it is a neurological condition. Among people who have narcolepsy and cataplexy, there is a loss of brain cells that produce hypocretin, also called orexin, a neurotransmitter that controls the sleep/wake cycle.

Cataplexy may be linked to a dysfunction in the immune system, but that has not been firmly established.

What Are the Symptoms of Cataplexy?

For cataplectic people, symptoms may begin in childhood or early adulthood. They vary from person to person, and triggers are different for each individual. Episodes vary from mild to severe—mild enough that it’s barely noticeable and severe enough to cause a full body collapse.

Cataplectic episodes usually last a few seconds to a few minutes. The frequency of episodes ranges among individuals from several per day to less than one per year.

HOW IS CATAPLEXY DIAGNOSED?

A cataplexy patient’s medical history and description of possible cataplectic episodes are important for an accurate diagnosis. When narcolepsy is suspected, a sleep study may be ordered, followed by a test to determine whether sleep the previous night may effect daytime napping.

How Is Cataplexy Treated?

What Is the Prognosis for Cataplexy Patients?

If you’re a person with cataplexy who rarely has an episode or who has very mild symptoms, you may not need medical intervention. But if you have frequent or more severe symptoms, see a doctor who has experience in treating cataplexy to discuss medical and lifestyle options. The consequences of not getting treatment are too dangerous to ignore.