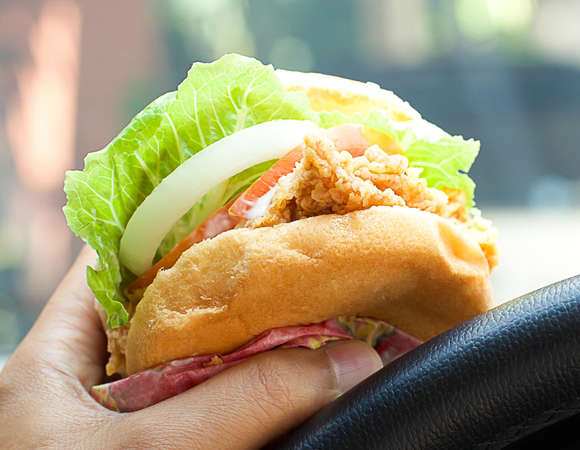 Binge eating involves uncontrollable episodes of overeating often followed by feelings of guilt and shame. It's among the most common eating disorders in the U.S.

Eating disorders are more prevalent in young adults, but they can develop later in life too. Compared to men, women are twice as likely to have an eating disorder. According to Danyale McCurdy-McKinnon, PhD, Clinical Psychology Director for the UCLA Fit for Healthy Weight Program, undereating, dieting, or just attempting to diet (the person does not have to be successful) are thought to be risk factors for eating pathology.

“While not everyone who diets will develop an eating disorder,” explains Dr. McCurdy-McKinnon, “individuals who are predisposed or have other risk factors—body dissatisfaction, for example—are at greater risk. Clinically, I frequently see this with my patients. They will often admit that their disorder started as a simple attempt to lose weight, but then things got out of control.”

So what are the most common eating disorders? Here, we describe the top three.

Among the aforementioned eating disorders, the one that’s most likely to turn up in seniors is binge eating. Dr. McCurdy-McKinnon cites a study published in a recent issue of the International Journal of Eating Disorders that looked at disordered eating in older women (ages 65 to 94).

“The study found that in addition to an increased prevalence of binge eating disorder, this population also displayed picking/nibbling behavior, which was correlated with higher body mass and binge eating behavior,” she says. “Picking/nibbling is characterized by eating moderate amounts of food throughout the day in an unplanned and repetitive way.”

What Is Anorexia of Aging?

The term “anorexia of aging” refers to an overall decrease in appetite and food intake among the elderly. In this case, the attempt to lose weight isn’t the catalyst. Rather, a variety of conditions can lead to loss of appetite, including decreased sense of taste and smell that make eating and drinking less enjoyable, lowered response to the hunger hormone (ghrelin), and disruptions in gastrointestinal function. Dementia and depression can likewise alter eating habits.

Some seniors may lack cooking skills; others may have vision impairments that affect their physical ability to cook. Those with chewing problems may not get needed nutrients. Social isolation also can cause people to lack the desire to eat.

Anorexia of aging severely affects quality of life and requires treatment. According to a report in the journal Nutrients, treatments may include the need to adjust food texture, enhance flavors, and provide cooking and feeding assistance, in addition to an overall assessment of medical condition, medications, and mental health. Nutritional counseling and psychotherapy are also helpful.

“Eating disorders are some of the most dangerous and medically compromising of all psychiatric disorders,” says Dr. McCurdy-McKinnon. “Early intervention is key. Those who seek treatment early in the course of their illness have more positive treatment outcomes. Weight restoration, cognitive behavioral strategies, and the management of other existing medical conditions can all help one suffering from an eating ­disorder.”

Originally published in June 2017, this post is regularly updated.