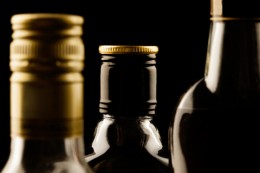 Your consumption of alcohol and high blood pressure may be tied to each other.

The fact that alcohol and blood pressure are associated has been known since the 1960s, but that hasn’t stopped researchers from exploring this association, given the fact that drinking patterns have changed (binge drinking is on the rise) and that hypertension remains the leading cause of cardiovascular disease, the biggest killer worldwide. So does alcohol raise blood pressure? And just how much, how often, and what types of alcoholic beverages are problematic? The strong connection between alcohol and blood pressure issues may surprise you.

How Much Does Alcohol Increase Blood Pressure

You don’t have to drink excessively to fall victim to alcohol’s effects on high blood-pressure, as a large study published in Clinical Epidemiology (January 2013) showed us an alcohol blood pressure link.[1] Researchers from the Centers for Disease Control and Prevention looked at almost 4,000 current drinkers without hypertension and found that alcohol increased their blood pressure by 1 mmHg for every 10 grams consumed per day.[1]

How Much Alcohol Is in a Drink?

A standard drink is equal to 14 grams (0.6 ounces) of pure alcohol, more than enough to raise your blood pressure by 1 mmHg. Generally, this amount of pure alcohol is found in:

The researchers concluded that any amount of alcohol above 10 grams raises your systolic blood pressure. This information contradicts the previously held belief that small amounts of alcohol (less than 2 drinks a day for men and less than 1 drink a day for women) actually helped blood pressure.

Types of Alcohol and Blood Pressure

The type of alcoholic drink doesn’t matter. Hard alcohol, beer, wine, even red wine, all increase your blood pressure and risk of hypertension. That doesn’t mean that certain types of alcoholic drinks, such as red wine, don’t contain other compounds that may be beneficial to health—such as the polyphenol compounds like resveratrol in red wine. Nevertheless, in terms of blood pressure, which is the most common cause of heart attacks and strokes, alcohol is no good!

Binge drinking, a habit that is on the rise in the U.S., is particularly bad for blood pressure in men, the researchers found. Drinking more than five drinks in one day, especially on more than one occasion per week, is considered frequent binge drinking and increases both systolic (top number) and diastolic blood pressure (bottom number). Not only that, a previous study found that if you already have hypertension and you binge drink, your risk for suffering a stroke increases immediately and dramatically.[2]

How to Lower Your Alcohol and High Blood Pressure Risk