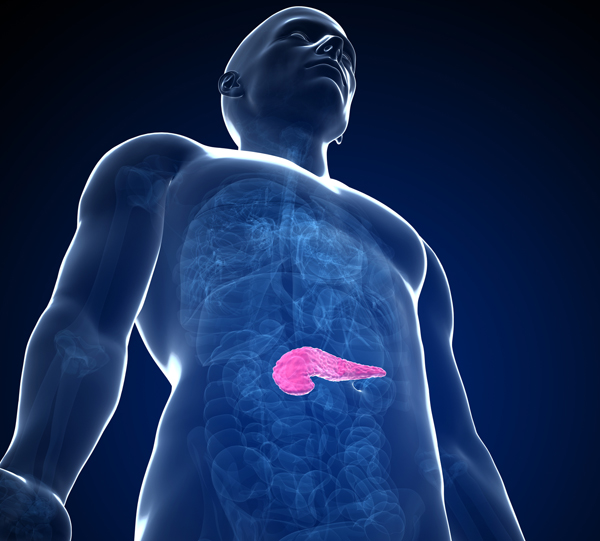 Your pancreas rests below and behind the stomach and has a dual role: producing enzymes to aid digestion and insulin to regulate blood sugar.

If you’ve been experiencing a nagging abdominal pain that seems to worsen after eating, it might not be a stomach upset—it might actually be pancreas pain. If pancreatitis is at the root of your pain, it can manifest acutely, or as a chronic illness.

A healthy pancreas is vital because the pancreas produces enzymes that are vital for the digestion of fats, proteins, and carbohydrates. The pancreas also contains cells that manufacture insulin, a hormone that regulates blood sugar. If insulin production is impaired, blood sugar rises, resulting in diabetes.

Pancreatitis is inflammation of the pancreas. The condition can occur in an acute form and be life threatening, or resolve in a few days with treatment. It also can occur in a chronic form that waxes and wanes over time.

In order to find out what’s causing your pancreas pain, your doctor will carry out blood tests that measure your levels of enzymes called amylase and lipase—if these are elevated, you’ll likely have a computed tomography (CT) scan to check for inflammation and swelling of the pancreas.

According to That National Pancreas Foundation, acute pancreatitis is usually caused by gallstones. Gallstones are collections of crystals that form in the gallbladder.

Many people have gallstones without any symptoms because the gallstones either remain in the gallbladder or are small enough to travel into the small intestine without causing any discomfort. However, if a gallstone blocks the duct leading into the small intestine, the gallbladder can become inflamed (a condition called cholecystitis). Depending on where gallstones lodge, they also can trap digestive enzymes in the pancreas, resulting in the pain that heralds acute pancreatitis.

Above: The pancreas in relation to the stomach. Right: Pancreatic ducts run through the middle of the organ.

Acute pancreatitis also can be triggered by certain types of prescription drugs, such as corticosteroids, thiazide diuretics (for high blood pressure) and azathioprine (used to prevent the rejection of kidney transplants, and for treatment of inflammatory bowel disease), trauma to the abdomen, some surgeries, genetic factors, and complications of cystic fibrosis. Abdominal fat, and smoking also appear to increase the risk.

As with gallstone symptoms, the pancreas pain that accompanies acute pancreatitis typically occurs in the upper abdomen, although it may radiate to the back. Sometimes you’ll notice that your pancreas pain gets worse after eating. One of the gallstone symptoms you won’t experience, however, is jaundice. Other symptoms are nausea and vomiting, fever, and rapid pulse. Severe cases may impact the heart, lungs, or kidneys.

The chief symptom for chronic pancreatitis also is pancreas pain in the abdomen and possibly the back. The pain can be intermittent, but often it is constant. Nausea, vomiting, weight loss, and greasy or oily stools are also possible symptoms. Weight loss occurs because the digestive enzymes needed to break down foods are not able to get to the small intestine, so nutrients aren’t absorbed properly. In some cases, chronic pancreatitis impairs the ability of the pancreas to produce insulin, which can result in diabetes.

You may need to follow a special diet, and if your pancreas is unable to produce enough digestive enzymes, you may need to take pancreatic enzyme supplements. If insulin production is impaired, your blood sugar levels will be controlled with drugs or insulin injections. Some patients require surgery to drain fluid from the pancreas or remove a part of it.