Home » Daily » Digestive Health » Do You Have Heartburn? Try a GERD Elimination Diet 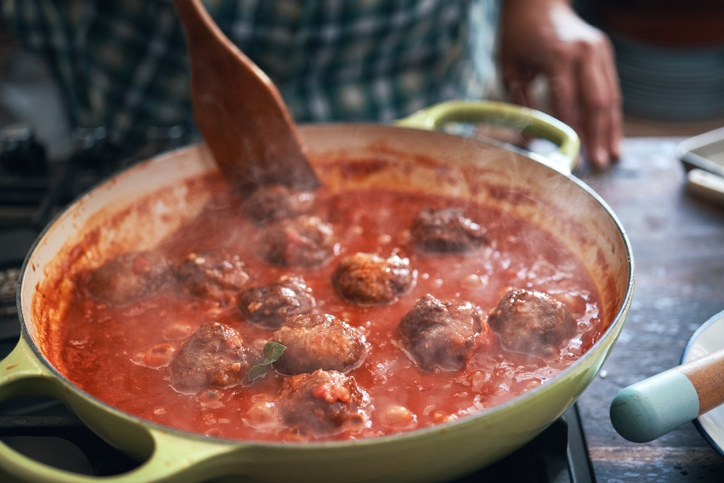 Spicy foods and tomatoes are two common trigger foods for heartburn and other GERD symptoms.

If you suffer from chronic heartburn, certain foods may be to blame. But the foods that trigger heartburn in one person can be different than the foods that cause heartburn symptoms in another person. So how do you figure out which foods to avoid with heartburn?

You may want to try a short elimination diet followed by a careful food reintroduction to discover which foods and food groups were causing your symptoms.

One Cause of Heartburn: Inflammation of the Esophagus Due to Allergies

Among potential causes of heartburn, one that’s receiving more and more attention is inflammation of the esophagus due to allergies. This condition is known in medical circles as “eosinophilic esophagitis.” Characterized by the congregation of immune cells known as eosinophils in the esophagus, the condition leads to inflammation, thickening, scarring, and dysfunction of the esophagus. Eosinophilic esophagitis, thought to be caused by food allergies, not only brings on heartburn, but it commonly causes difficulty swallowing.

In one study that looked at 100 gastroesophageal reflux disease (GERD) patients, 85 reported at least one food that triggers their symptoms. The majority of trigger foods included spicy foods, tomato, fried foods, and chocolate. When the patients agreed to follow a doctor’s recommendation on an elimination diet, symptoms of heartburn decreased from 93% to 44%, and symptoms of regurgitation decreased from 72% to 28%.

The foods most frequently associated with symptoms were wheat (60 percent of cases) and milk (50 percent of cases). If you eliminate nothing else but these two food groups for a short while and then re-introduce them one at a time, you may very well be able to find which foods to avoid with heartburn.

Instead of eliminating just wheat, however, you may want to try eliminating all gluten-containing grains for the trial. Another study found a strong association between celiac disease and symptoms of acid reflux; patients’ heartburn symptoms rapidly and dramatically improved once they started on a gluten-free diet. Other common food allergens to avoid while doing an elimination diet include corn and soy.

Which Foods to Avoid with Heartburn? Try an Elimination Diet

The key is to re-introduce foods slowly and one at a time after the elimination period, paying close attention to your heartburn symptoms. You may be surprised and relieved to finally know which foods trigger your heartburn.