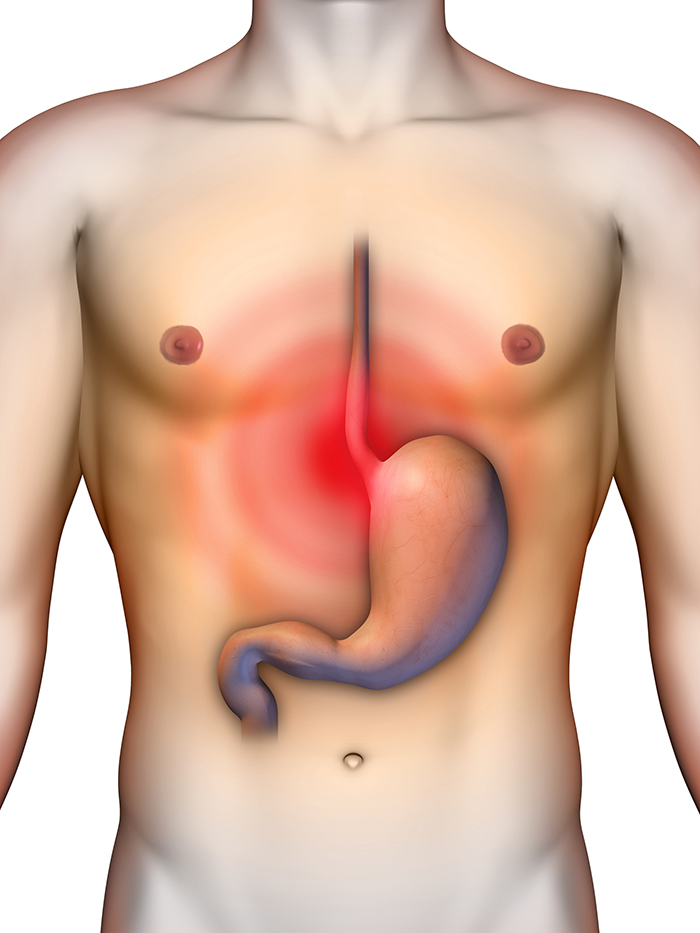 Green beans, bananas, and brown rice are among the foods known to be beneficial to people suffering from gastrointestinal reflux symptoms.

Up to 15 million Americans every day are thought to suffer from heartburn—a form of indigestion that feels like a burning sensation in the chest. It isn’t normal, however, to have heartburn after every meal, according to Mount Sinai gastroenterologist Brijen Shah, MD. “If you do,” he warns, “it’s possible that you may have gastroesophageal reflux disease (GERD), which can result in serious complications if untreated.”

Gastroesophageal reflux disease (GERD) is caused by stomach acid flowing (refluxing) backward into the esophagus. The lower esophageal sphincter (LES), a muscular valve that separates the esophagus from the stomach, should prevent reflux, but if it has decreased resting pressure, it may not close properly.

Excess weight also can underpin GERD, by limiting the space your stomach has, and therefore its volume—this means that stomach contents may rise closer to the esophagus, where acid can more easily reflux. “A hiatal hernia, which occurs if part of the stomach pushes up past the diaphragm into the esophagus, also may be present,” Dr. Shah adds.

GERD Complications Can Be Serious

“People with frequent episodes of GERD during the day or at night, and particularly men, also are at greater risk for Barrett’s esophagus,” Dr. Shah adds. “This is a condition in which the cells lining the lower esophagus become abnormal. Rarely, these cells can develop into cancer cells.”

Mild symptomatic GERD can usually be managed through lifestyle and dietary changes. “These include quitting smoking, losing weight if necessary, avoiding dietary triggers, and not eating within two to three hours of bedtime,” Dr. Shah says. “If these strategies don’t work, try using pillows to raise your upper body while you sleep, or elevate the head of your bed 15 to 30 degrees, using bed risers or blocks.”

You also may gain relief from over-the-counter (OTC) antacids, such as Tums and Rolaids, which can help neutralize stomach acid.

If these aren’t sufficient, your doctor may recommend a proton pump inhibitor (PPI) such as omeprazole (Prilosec), lansoprazole (Prevacid), and esomeprazole (Nexium); or an H2 blocker such as famotidine (Pepcid), cimetidine (Tagamet), and ranitidine (Zantac). “These drugs limit the production of stomach acid, relieving heartburn and allowing an inflamed esophagus to heal,” Dr. Shah explains. “H2 blockers work faster than PPIs—typically within an hour—but the effects don’t last as long as with a PPI.”

Taking PPIs at high doses and/or for a year or longer may increase your risk for fractures. Don’t use over-the-counter versions for longer than 14 days without consulting your doctor, and if your doctor prescribes a long-term PPI, discuss with him or her what you need to do to maintain your bone density.

Dr. Shah adds that if you’ve been taking a PPI under your doctor’s supervision, ask whether you might be able to switch to an H2 blocker. “Many people who take PPIs continue the drugs because they have never tried another option,” he notes. “You may find an H2 blocker just as effective.”

A 2015 study also found an association between PPIs and an elevated risk for heart attack (no association was seen with H2 blockers), while more recent research (British Journal of Clinical Pharmacology, Jan 5), found that people who took PPIs or H2 blockers had a greater risk of infection with C. difficile and Campylobacter bacteria, which can cause gastrointestinal infections.

“The suppression of stomach acid may increase susceptibility to these infections, but keep in mind that they usually have other causes,” Dr. Shah says. “For example, C.diff tends to affect people on long-term antibiotics, while Campylobacter infections are most often caused by eating undercooked food.”

None of the studies prove that PPIs cause the complications seen, so don’t simply stop taking the drugs if your doctor has recommended you take them. “But do adhere to your doctor’s instructions for using them,” Dr. Shah advises, “and don’t assume they are 100-percent safe simply because they are available OTC.”

WHAT YOU CAN DO TO PREVENT HEARTBURN