Home » Daily » Cancer » Are You at Risk for Esophageal Cancer? Watch for These Symptoms 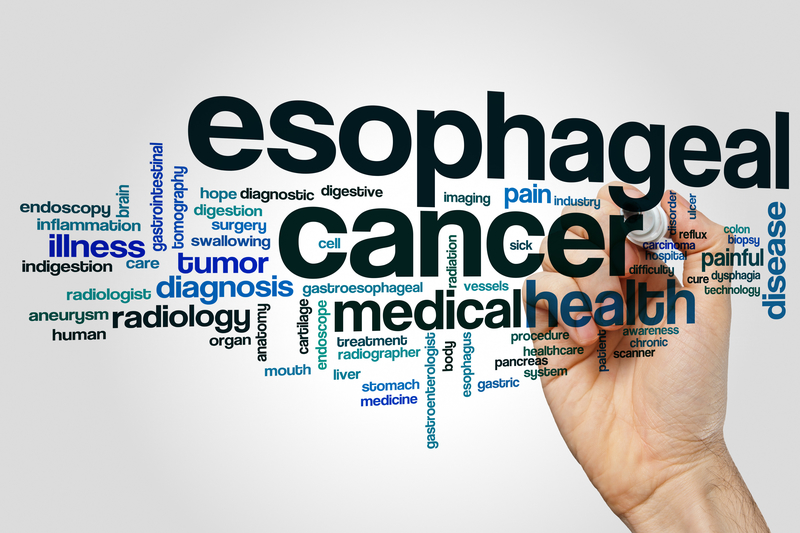 Esophageal cancer is a disease that's often not diagnosed until an advanced stage.

Esophageal cancer is on the rise in the U.S.—according to the American Cancer Society, an estimated 17,000 new cases were diagnosed in 2016. Symptoms typically don’t become apparent until late in the disease, and the fact this cancer is often detected at an advanced stage means that outcomes are poor.

Seniors are at greater risk for the esophageal cancer, and men are particularly vulnerable, as are those with a condition called Barrett’s esophagus, which can develop if reflux disease is untreated. However, if you’re at high risk, there are steps you can take to protect your health.

About 15 percent of people with gastroesophageal reflux disease (GERD) develop Barrett’s esophagus, particularly if they have been suffering from GERD for a decade or longer. However, gastroenterologist Satish Nagula, MD, director of endoscopic ultrasound at Mount Sinai, says the condition can develop in people without GERD symptoms. 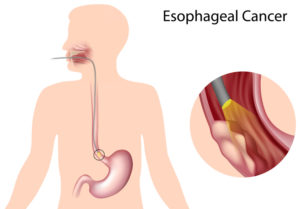 “Men—particularly white men—are about twice as likely as women to be affected,” he adds. “Obesity and smoking also raise the risk of developing Barrett’s esophagus, as does a family history of esophageal cancer.”

In GERD, stomach acid refluxes into the esophagus—it’s what puts the burn in heartburn. The cells lining the esophagus are unable to withstand the corrosive effects of stomach acid, and long-term exposure to it causes inflammation at the lower end of the esophagus.

“In order to adapt to this ongoing acid exposure, the cells in the lining of the lower esophagus transform into intestinal cells,” Dr. Nagula explains. “This is called Barrett’s esophagus.”

Although Barrett’s esophagus is a benign condition, the cells can become abnormal (dysplasia), and may eventually turn cancerous. “Fortunately, this is rare,” Dr. Nagula says, “but it means that people with Barrett’s must be closely monitored.”

Barrett’s esophagus doesn’t cause symptoms itself—rather, the GERD that typically underlies the condition causes symptoms. The only way to confirm that you have Barrett’s is with an endoscopy to examine the inside of the esophagus.

“A visual inspection of the esophageal lining usually suggests that Barrett’s esophagus is present, but your doctor will take biopsies to confirm the diagnosis,” Dr. Nagula says. “If you have dysplasia, which carries an increased risk of becoming cancerous, your doctor will likely recommend endoscopic ablation. This procedure destroys abnormal cells with heat energy, allowing normal esophagus cells to re-grow in their place.”

WHAT YOU CAN DOESOPHAGEAL CANCER PREVENTION

To protect yourself against esophageal cancer:

Esophageal cancer begins as small tumor that may not cause any symptoms. As the tumor grows, however, it can start to block the esophagus, causing difficulty swallowing.

“At first, larger food particles will get stuck, but eventually, eating and drinking anything may become difficult,” Dr. Nagula explains. “Other symptoms include weight loss, regurgitation of undigested food, vomiting—including vomiting blood—new or progressive heartburn symptoms, and pain in the throat or back, behind the breastbone, or between the shoulder blades.”

If you have these symptoms, your doctor may order diagnostic tests that include an upper GI series (X-rays for which you need to drink a barium solution to make your esophagus visible), or an endoscopy with biopsy to look for the presence of any cancer cells.

If you’re diagnosed with esophageal cancer, your treatment will depend on how advanced the disease is. Dr. Nagula says that patients with very small cancers can sometimes be treated with a procedure called endoscopic mucosal resection, in which the tumor is removed during an endoscopy.

Some patients may require chemotherapy and radiation prior to surgery, particularly if the cancer is large or if it has spread to the adjacent lymph nodes.

“If the cancer has spread to other organs, such as the liver, then this is often treated with chemotherapy alone,” Dr. Nagula adds. “If there is difficulty swallowing because the tumor has blocked the esophagus, then a stent can be placed during an endoscopy. A stent is a wire spring that pushes the tumor aside, relieving the blockage so that swallowing becomes easier.”