Gastroesophageal reflux disease, or GERD, is a condition in which acid from the stomach backs up into the esophagus. GERD is sometimes referred to as acid reflux, reflux, acid indigestion, or heartburn, although these conditions can be transient, while GERD usually persists long-term.

About 20 percent of Americans have GERD. The condition occurs when the lower esophageal sphincter (LES), a valve that is intended to keep acids in the stomach, doesn?t close properly. As a result, acid is able to rise up into the esophagus. Several conditions can cause the LES to malfunction, including pregnancy, a hiatal hernia, or drugs used to treat asthma, high blood pressure, and allergy symptoms.

The most common GERD symptom is a burning feeling in the chest known as heartburn. People with this condition also complain of nausea, problems swallowing, and vomiting. The acid can produce a metallic taste in the mouth and cause bad breath.

Doctors diagnose GERD with an upper GI endoscopy, in which a thin, flexible tube is used to see inside the esophagus, stomach, and the first part of the intestine. The doctor may take a sample of tissue from the lining of the esophagus, which is called a biopsy. Or, you may have a series of x-rays taken of your upper GI tract after you drink barium. The doctor might also measure the amount of acid in the esophagus?a test called esophageal pH and impedance monitoring.

To treat GERD, you can try lifestyle changes, such as avoiding greasy or spicy foods, eating smaller portions, and losing weight if you?re overweight. Medicines for GERD work in different ways. Antacids such as Maalox, Mylanta, or Rolaids neutralize acid to prevent it from burning the esophagus. H2 blockers and proton pump inhibitors (PPIs) decrease acid production. Prokinetics help your stomach empty quicker. Some of these medicines require a prescription. 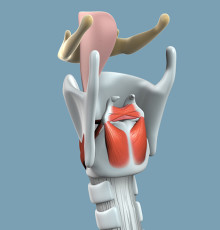 Laryngitis: Know When to See a Doctor

Acute laryngitis can result from something as simple as yelling too much at a football game or as disruptive as allergies or as painful as an upper respiratory infection. In any event, too much strain on your vocal cords can lead to the formation of throat polyps and chronic laryngitis, … Read More 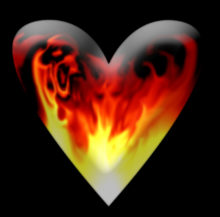 How to Avoid Heartburn and Other Symptoms of Gastroesophageal Reflux

It’s easy to reach for antacids or prescription medications when the fiery pain of heartburn strikes. But you may find more relief by changing your diet and lifestyle instead. Heartburn is just one symptom of gastroesophageal reflux disease (GERD), a condition that is often related to the foods you eat … Read More

Chest Pain, Shortness of Breath, and Nausea: Are These Always Signs of a Heart Attack?

If you were to list symptoms of a heart attack, you’d probably start with chest pain. You might follow that up with shortness of breath and nausea. These are all correct, but they don’t tell the whole story. A comprehensive list of heart attack signs includes many symptoms that the … Read More

What Is Asthma and How Is It Treated?

Asthma is often thought of as a disease of childhood, but it can affect anyone at any age. In fact, the National Heart, Lung, and Blood Institute reports that about 25 million Americans—including 7 million children—have asthma. It’s a condition in which the airways become inflamed and narrowed. Your airways … Read More

Many older adults take several different medications every day. If you do, and you aren’t careful about managing prescribed and over-the-counter (OTC) drugs, you may suffer potentially harmful side effects. These can stem from taking drugs that shouldn’t be combined, taking the wrong dose of a drug, or forgetting to … Read More

You may have heard the term scleroderma but what does it mean? The first half of the word has roots in the Greek word "skleros," or "hard." The second half of the word, "-derma," means "skin." According to the American College of Rheumatology, “Scleroderma (or systemic sclerosis) is an autoimmune … Read More

HPV-Related Throat Cancer on the Rise Among Men

Smoking, drinking alcohol, and gastroesophageal reflux disease (GERD) all can increase your risk of throat cancer, but genital human papillomavirus (HPV) has become a leading cause of oropharyngeal cancers in the United States. In fact, some 9,000 people are diagnosed each year with throat cancer that may be caused by … Read More 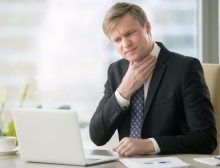 Do You Have Trouble Swallowing? You’re Not Alone

Up to 15 million Americans every day are thought to suffer from heartburn—a form of indigestion that feels like a burning sensation in the chest. It isn’t normal, however, to have heartburn after every meal, according to Mount Sinai gastroenterologist Brijen Shah, MD. “If you do," he warns, "it’s possible … Read More