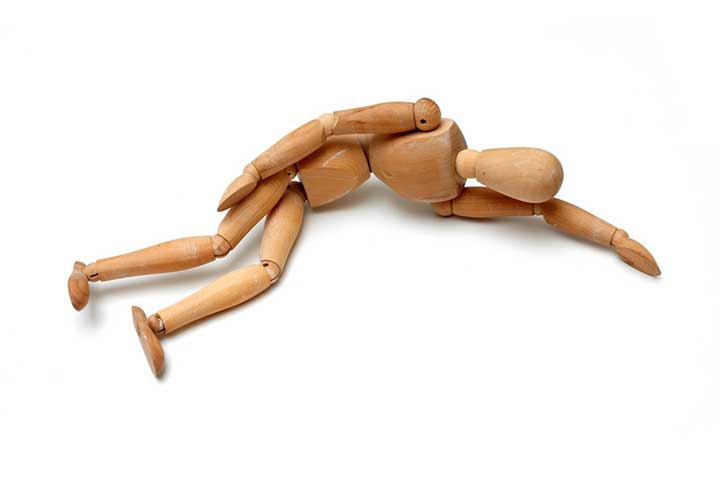 If you think you are going to faint, it’s important to sit or lie down (on the floor if necessary) to avoid falling and injuring yourself.

The medical term for fainting is syncope, and it refers to a sudden loss of consciousness that can happen due to hypoxia (oxygen deprivation in the brain). If the levels of blood and oxygen in your brain decrease for any reason, your brain reroutes blood and oxygen from non-vital parts of your body to your organs, to ensure that they keep functioning as they should. Your brain also tells your heart rate to rise and your breathing to increase, in an attempt to get more oxygen circulating to your brain. This results in low blood pressure elsewhere in your body, and this may lead to a brief, sudden loss of consciousness.

Women and older adults are at greater risk for fainting, and research suggests that it is the reason for up to 3 percent of emergency department visits. Often fainting doesn’t indicate any serious medical problems, but if you’ve been fainting you should mention it to your doctor, particularly if you’ve noticed that your heart tends to race before you faint, or you feel a squeezing sensation in your chest. That’s because it’s possible for fainting to point to a serious underlying heart condition, such as a heart arrhythmia, or heart attack. Fainting also can suggest diabetes, or a stroke.

The causes of fainting can include:

If you faint frequently, it’s a good idea to get clued into the signs that a fainting spell might be about to happen. Fainting signs include:

Your doctor may refer you for various tests to try to find the underlying cause of your fainting. For example, you may have an electrocardiogram to check for an abnormal heart rhythm and/or poor blood flow through your heart. You also may have blood tests.

If a medical condition is causing your fainting spells, treating the condition should help to alleviate the problem. If you are taking medications that are associated with a greater risk of fainting, your doctor may modify your dose or substitute a drug that doesn’t cause fainting. If you take high blood pressure medications, it’s a good idea to take the precaution of rising slowly from a sitting or prone position. If your job requires long periods of standing, try to take regular breaks from being on your feet, and make sure you rehydrate and eat snacks.

If you think you are going to faint, it’s important to sit or lie down (on the floor if necessary) to avoid falling and injuring yourself. Putting your head between your knees may help too, and some people find that countermeasures like fisting their hands very tightly, can ward off a fainting spell. If you see somebody else faint, check that they are breathing. If not, perform CPR. If they are breathing, loosen any restrictive clothing, such as ties, shirt collars, and belts, and place something under their feet to raise their lower legs and ensure that blood flows back towards their brain. If the person does not regain consciousness within a minute, call 9-1-1.