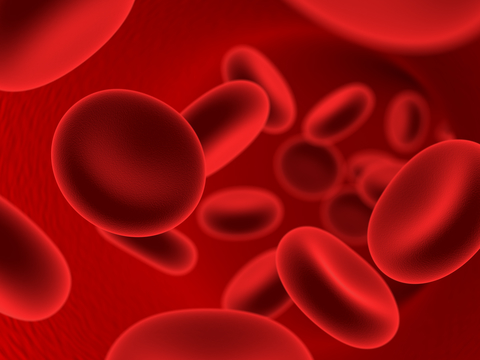 Even if you don’t have anemia, you could have an iron deficiency that’s sapping your energy. It’s entirely possible, especially if you’re a woman of reproductive age, to have borderline anemia without becoming fully anemic. When you’re iron deficient but not anemic, you can still suffer from lower vitality, decreased immune function, poorer mental health, and impaired ability to perform physically and mentally.[1]

Being iron deficient is one of hundreds of causes of anemia, the most common blood condition in the U.S. It affects about 3.5 million Americans. Anemia occurs when your blood can’t effectively carry oxygen to your cells. This develops when you have too few red blood cells or hemoglobin, the part of red blood cells that bind oxygen. When your cells can’t get the oxygen they need, you experience chronic fatigue symptoms such as weakness, lethargy, and feeling sleepy all the time.

Iron Deficient: Your Doctor May Not Be Ordering This Best Test

A study indicates that doctors may not be ordering the right test—and patients with chronic fatigue symptoms may therefore not be getting the right treatment—when it comes to iron deficiency.

The amount of ferritin in your blood (serum ferritin level) is directly related to the amount of iron stored in your body. With a ferritin deficiency, even one within the “normal” range, the more likely it is that you do not have enough iron.

However, most doctors don’t order this test. Instead, they may order only what is known as a CBC, which stands for complete blood count, to check a patient’s red blood cell and hemoglobin levels. If the CBC, which is a simpler, less expensive test, comes back normal, the doctor may send the patient away without ordering a ferritin test and with no explanation for the patient’s fatigue.

In a recent double-blind, placebo-controlled study, French and Swiss researchers decided to check low ferritin symptoms.[2] They wanted to see whether iron supplementation would help women with fatigue symptoms who had either low or “borderline” ferritin levels (<50 mcg/L) but were not anemic (meaning they had low iron, normal hemoglobin levels, >12 g/dL).

Interestingly, the “normal” reference range for ferritin in women is typically 18 to 160 mcg/L, but the researchers considered any level below 50 mcg/L to be borderline low.

The researchers randomly assigned 198 women with unexplained fatigue to take either 80 milligrams of iron a day (as sustained-release ferrous sulfate) or a placebo. Over 12 weeks, women on iron supplements noticed a significant improvement in their fatigue. On average, scores on a standard measure of fatigue fell by nearly half – from about 25 to 13, on a scale of zero to 40 – among women getting the extra iron.

Those in the placebo group also improved, but not as much as those in the iron group.[2] They concluded their study by stating that in “women with unexplained prolonged fatigue, iron deficient should be considered when ferritin values are below 50 µg/L, even when hemoglobin values are above 12.0 g/dL.”

Why You Should Test First: Too Much Iron Is Dangerous

Other studies have also shown that low ferritin treatment or treatment of iron deficiency with either supplementation or a high iron diet results in improved mental health, increased energy, and decreased fatigue among women of childbearing age.[1,3]

But please be aware that it would be a mistake for you to take iron supplements or multivitamins with iron–thinking it will help your fatigue–without knowing if you are iron deficient in the first place. Studies have shown that excessive iron increases Alzheimer’s risk and can lead to serious health problems such as liver and heart disease.[4]

Iron Supplements: Do They Make a Difference?

We discuss in much more detail the dangers of too much iron in Part Two of this article. The ferrous sulfate used in the study cited above is the most commonly prescribed form of iron supplementation by conventional healthcare practitioners.

However, naturopathic physicians and other integrative healthcare practitioners trained in nutritional supplementation will often recommend other forms of supplemental iron which are better absorbed and cause less side effects in order to achieve normal iron levels. To learn more about these supplements and additional alternative remedies to fight fatigue symptoms, read Part Two of this article.

The conclusion to draw from this important study is that iron deficiency should always be considered as a possible underlying cause of your fatigue symptoms. However, because many doctors check only for anemia but not for low iron, this condition is commonly missed. Since too much iron is toxic and leads to serious health problems, you’ll want to absolutely know if you have low iron by checking your serum ferritin level before taking any iron supplements.

If your serum ferritin level is less than 50 mcg/L, use the suggestions found in Part Two to get your iron levels–and your energy–back to normal.

Have you had your ferritin tested? Tell us about your experience in the comments section below.