Home » Daily » Diabetes » Signs of Diabetes: What the Symptoms Mean 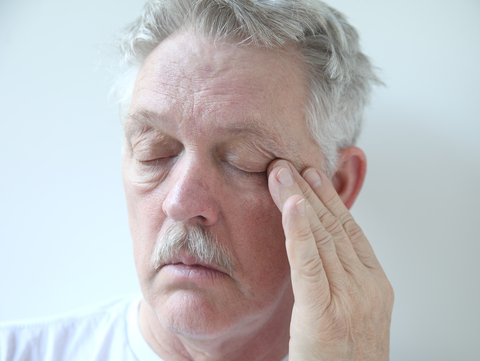 Fatigue is one of many potential symptoms seen in a diabetes patient.

Many of the same symptoms can be seen in people with type 1, type 2, and gestational diabetes; however, people with type 1 diabetes tend to have more severe and more sudden-onset symptoms. Conversely, some people with type 2 symptoms may have few or no signs of diabetes, particularly in the early stages of the disease.

Patients with type 1 diabetes may additionally experience weight loss, despite having an increased appetite and eating more.

Patients with type 2 diabetes may develop a velvety darkening of the skin on the back of their necks and in their armpits, called acanthosis nigrans. Type 2 diabetics may also experience numbness or tingling in their hands or feet.

If you are experiencing any of the classic signs of diabetes, your doctor or healthcare provider will order a diabetes test. However, since some people with type 2 diabetes do not experience any signs of diabetes initially, the American Diabetes Association (ADA) has recommended that all people over the age of 45 have their blood glucose level tested every three years.

The higher your blood glucose levels have been, the higher your A1C will be. An A1C less than 5.7 percent is normal. An A1C between 5.7 and 6.4 percent likely means you will be diagnosed with pre-diabetes, a disease of insulin resistance resulting in blood glucose levels that are elevated but not high enough to be considered diabetes. An A1C of 6.5% or higher means you have diabetes.

Random Plasma Glucose Test: This is a blood/plasma test administered any time of the day , regardless of when you last ate, measuring your level of glucose. Diabetes is diagnosed with any random blood glucose result of 200 milligrams per deciliter (mg/dl) or higher.

Oral Glucose Tolerance Test (OGTT): This test involves fasting for eight hours after which your blood glucose level is measured. You then drink a special solution containing 75 grams of glucose and your blood glucose level is measured again two hours later. This test can be used for all forms of diabetes and has been shown to be more sensitive than the FPGT; however, it is more time consuming and, thus, less convenient. This is the primary test obstetricians use for testing pregnant women for gestational diabetes and is typically administered between the 24th and 28th week of pregnancy. In some cases, an obstetrician will first administer a glucose challenge test where the mother will drink a glucose solution and have her glucose level checked one hour later. If it is abnormal, she will then be scheduled for an OGTT.