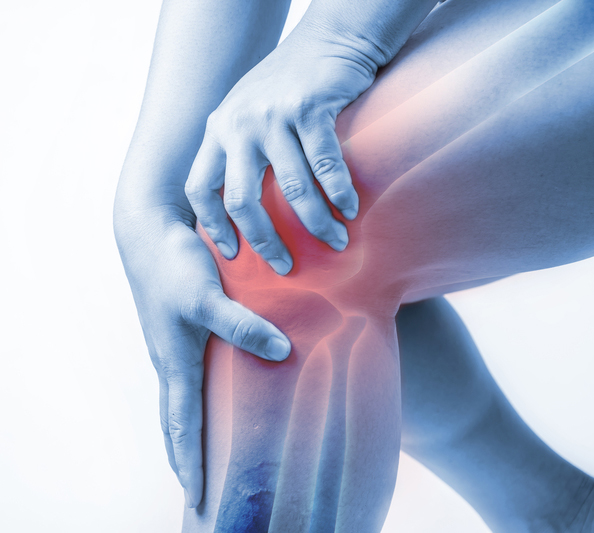 Wondering if you have bursitis? Knee areas affected by this condition include the prepatellar bursa (located between the kneecap and the skin), the infrapatellar bursa (which lies between a ligament and the upper front surface of the shin bone), and the anserine bursa (lower inside part of the knee). Symptoms can be tricky, as our post explains.

A bursa is a thin sac of lubricating fluid that helps reduce friction between structures of the body, particularly the joints, where tendons connect muscles to bones. Of the approximate 160 bursae in the body, 11 are in or around your knee, and three of them are more likely to become inflamed than others, causing bursitis. Knee bursitis—caused when one of the bursa becomes irritated and swollen—is a swelling inside the bursa, not the knee joint itself.

Bursitis, by the way, is not limited to the knee. Other joints often affected by bursitis are the shoulders, elbows, wrists, hips, and heels.

Inflammation can be caused by:

Knee bursitis is also associated with osteoarthritis, rheumatoid arthritis, gout, and being overweight.

The Problem with Symptoms

The symptoms of knee bursitis vary, depending on the location of an inflamed bursa. They could involve swelling above, in front of, or below the kneecap, as well as redness, warmth, and stiffness.

For most people, knee bursitis is not as painful as arthritis. It may be painful on touch or with movement, and sometimes it hurts even without movement. Pain on touch can be a strong indicator of the problem. Other knee conditions do not usually display that symptom.

Many of those symptoms could accompany other knee conditions, such as arthritis, tendinitis, or a torn meniscus. It’s also possible to have a combination of conditions—osteoarthritis and bursitis. Knee symptoms that persist for an extended period of time may require a doctor visit to get a more precise diagnosis and treatment.

In rare cases, bursitis symptoms are accompanied by a fever, indicating that the bursa has become infected. Your doctor can determine the exact nature of the infection by drawing fluid from the bursa and sending a sample to a laboratory for analysis.

X-rays might be used to rule out arthritis or bone abnormalities, but MRIs are rarely needed to diagnose knee bursitis.

This type of knee bursitis used to be called “housemaid’s knee” because it was associated with the work—kneeling, specifically—associated with keeping a house clean. It is also common among gardeners, plumbers, carpet-layers, and roofers, but it’s not limited to people who do that kind of work.

The second area most affected area is over or just below the kneecap and involves the infrapatellar bursa. It lies between a ligament and the upper front surface of the tibia (shin bone). The infrapatellar is sometimes called “clergyman’s knee.”

The third most-affected area is in anserine bursa on the lower inside part of the knee. People who are overweight or obese are particularly susceptible to anserine bursitis because it puts added pressure on adjacent parts of the knee.

With Conservative Treatment, Prognosis Is Good

Bursitis usually resolves by itself or with rest and at-home treatment. It might take a couple of weeks or longer, however, to completely get rid of symptoms.

Start by resting the knee or at least avoiding the activity that causes the pain. Ice applications for 15- to 20-minute spans several times a day can reduce swelling. Compression sleeves or wraps and elevating the knee while resting it may also restrict swelling.

Anti-inflammatory and pain medications (aspirin or ibuprofen) can help on a short-term basis.

An infected bursa may require a prescribed antibiotic. If the swelling and pain do not respond, the next step is to drain the bursa and inject it with a corticosteroid—an anti-inflammatory drug that is stronger than the medication taken orally. In rare cases, surgery is needed to remove one or more bursae.

Can Bursitis Be Prevented?

You’ll have better luck avoiding future bouts of knee bursitis than preventing the first one. Once you’ve identified the problem, you’ll know which activities to modify or avoid.

Exercises for the hamstrings, quadriceps, and calves are used during rehabilitation, and a physical therapist can recommend specific exercises to perform and others to avoid. Once the bursitis subsides, the same kinds of exercises might help prevent future episodes.

Wearing protective knee pads, taking breaks during activities that involve repetitive motion, avoiding movements that involve squatting, and managing your weight are all ways of protecting the knee joint and its bursae.

Act but don’t overreact if you think you have knee bursitis. It is common, painful, and entirely treatable. Stop whatever you are doing that causes discomfort, try the RICE protocol (rest, ice, compression, and elevation), and be patient. 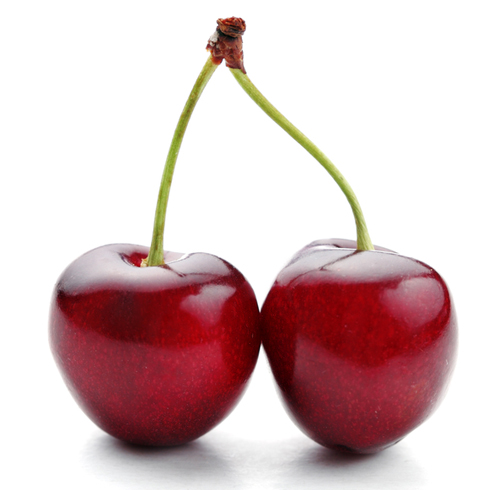 Gout Diet: What Food Should I Avoid with Gout?