Home » Daily » Nutrition » Food-Borne Illness: How to Protect Your Family 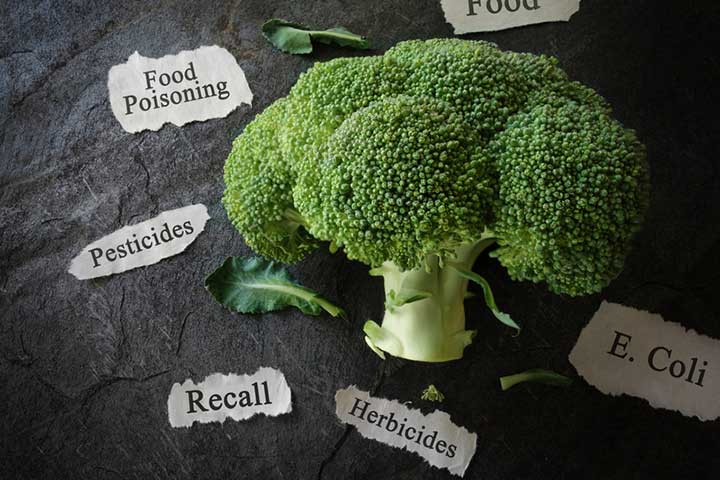 There are more than 250 food-borne illnesses to date. Most are infections caused by various types of bacteria, parasites and viruses.

We hear about food recalls in the media all the time. They are definitely worth paying attention to, and they are more serious than we might realize. Being affected by contaminated food is certainly not fun, and sadly, it affects a large number of people across the globe. The Centers for Disease Control and Prevention (CDC) estimates that 48 million people get sick (1 in 6) from a food-borne illness in the United States each year. Of those affected, about 128,000 are hospitalized, and 3,000 will die.

A serious health problem around the world, food poisoning occurs when you consume food that has been contaminated by a disease-causing germ or chemical. There are many different food-borne illnesses. Food contamination can take place at virtually any stage of the food production process, including farming practices. Proper food hygiene is imperative during all stages of food production, including animal slaughter, food harvesting, and food processing. It is also a factor in the storage, distribution, and transportation of the food we eat.

Food handling in the grocery store or restaurant are important factors as well. Food is also at risk of being affected by polluted air, water or soil in our environment. One obvious food safety flaw is that public food recalls carried out by food producers are almost always voluntary. That begs the question: How many tainted foods have been kept out of the public domain over the years? Signed into law during the Obama administration, the FDA Food Safety Modernization Act is supposed to help Americans by putting more of a focus on preventing food safety problems. Let’s hope it is impactful.

What Are the Most Common Food-Borne Illnesses?

There are more than 250 food-borne illnesses to date. Most are infections caused by various types of bacteria, parasites and viruses. The ones that cause the greatest number of illnesses, hospitalizations and deaths in the U.S. are:

What Is the Most Deadly Type of Food-Borne Illness?

Listeria is the most deadly food-borne illness, and thankfully the least common. Symptoms are typically flu-like and individuals with weakened immune systems are particularly at risk. The illness can also be passed from a pregnant woman to her unborn child. The CDC has advised that up to 20 percent of clinical infections result in death.

What Are the Symptoms of Food-Borne Illnesses?

Pregnant women, young children, senior adults and individuals with weakened immune systems and chronic diseases are at a greater risk of contracting a food-borne illness. Most people will fully recover without medical treatment, however, those with severe symptoms should see their doctor as soon as possible, especially those who are at greater risk of getting sick.

The World Health Organization (WHO) describes gastrointestinal symptoms as the most common presentation of a food-borne illness. Depending on the specific illness, symptoms can include nausea, vomiting, dehydration, stomach cramps, and diarrhea. However, symptoms are not always gut-related. They can also include fever, immunological (such as arthritis), gynecological, and even neurological (headaches, etc.). Frighteningly, consuming food that has been contaminated can lead to serious health conditions such as organ failure of the kidney or liver, and even cancer.

How Can You Prevent Food Poisoning?

The following is a summary of the recommendations in the program (Click on the link above to read the full 30-page guide):