Home » Daily » Nutrition » Common BPA Sources—And How to Avoid Them 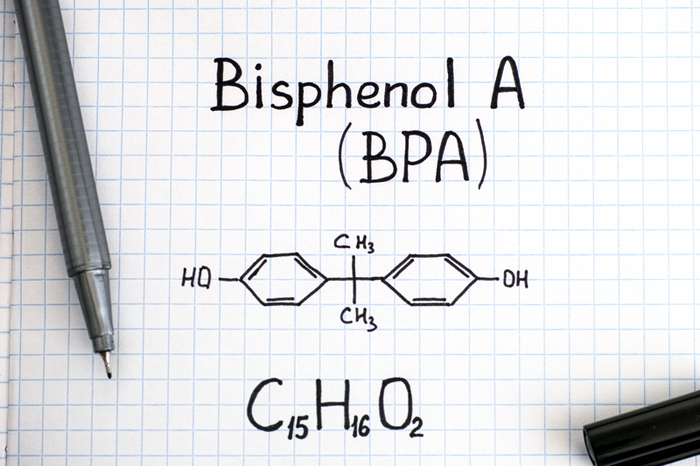 Bisphenol A (BPA) is an industrial chemical that has been used since the 1960s in plastics and food containers. [1] Although its use has declined in recent years, it had become so common that a CDC study in 2004 found BPA in 93 percent of urine samples from people over age six. [2] National monitoring suggests BPA is present in 90 percent of the US urine samples. [3]

BPA use has decreased recently with many BPA products like plastic bottles being produced BPA-free. However, recent studies have found that the paper used to print receipts is a major source of BPA. Based on a review of hundreds of studies, the FDA has said that BPA is safe at the very low levels found in foods. [1] However, a new study published in a journal of the American Medical Association (AMA) says further studies are needed. [3]

Should You Avoid BPA?

The dangers of BPA are mainly based on animal studies. BPA has a toxic effect on the glands of the body (the endocrine system). It has been linked to obesity, heart disease, diabetes, high blood pressure, prostate disease, and behavioral problems in children.  [1-4]

Based on their review of available studies, the FDA position is there is not enough evidence of harm to ban BPA. [1] However, 12 states and Washington DC have placed some restrictions on BPA. [3] Current advice on avoiding BPA from the FDA and the National Institutes of Health is avoid BPA if you are concerned about safety. In other words, it’s optional. [1,2]

A 2020 study published in the journal JAMA Open looked at BPA urine levels in close to 4,000 adults and followed these adults over about 10 years. During that time there were 344 deaths. Compared to people with the lowest levels of BPA, those with the highest levels had about a 50 percent higher risk of death. Although this study does not prove that BPA contributed to those deaths, it does raise new concerns, and the researchers conclude that further studies are called for. [3]

BPA is detectable in food, water, water pipes, dust, soil, and air. You can’t avoid it completely. The primary source of concern has been exposure from food and beverages. BPH comes in two chemical sources, polycarbonate plastics and epoxy resins. The plastics are common in water bottles and baby bottles. The resins are commonly used to line canned foods and bottle caps.

How to Avoid Common BPA Sources

Here are some tips to avoid these sources:

Do Receipts Have BPA?

When you go to the grocery store, or the gas station, or any other place that prints a receipt for you, they are probably using thermal paper made with BPA. Thermal paper is also used to print tickets and boarding passes. A study in 2014 found that BPA on these receipts could be up to 1,000 times higher than the inside of a can of food. [4]

In Europe, BPA thermal paper was banned in 2020. It is still common in the US, and workers who handle receipts all day have been found to have higher levels of BPA in their urine. For now, according to the Environmental Working Group, these are the best ways to avoid this source: