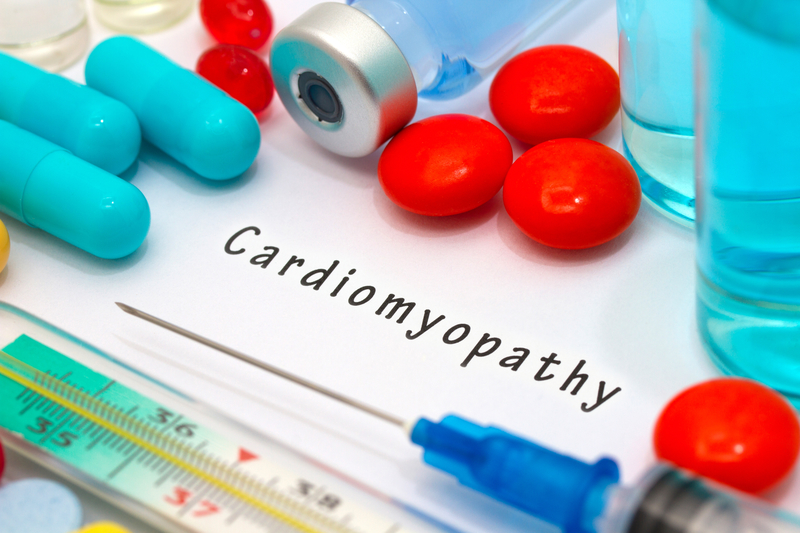 Types of cardiomyopathy include hypertrophic, dilated, and arrhythmogenic right ventricular—each one explained in our post.

You may know cardiomyopathy as a type of heart disease, but it’s actually more than that. Cardiomyopathy is really a group of diseases affecting the heart muscle. There are several kinds of cardiomyopathies, and each one has its own set of possible causes and outcomes.

One of the common characteristics of cardiomyopathies is that the heart muscle becomes bigger and sometimes weaker. In many cases, cardiomyopathy can lead to heart failure and possibly the need for a heart transplant. But depending on the type of cardiomyopathy they have (they may be mechanical or electrical problems), some individuals can live with the condition a long time.

Understanding the nature of cardiomyopathies will be helpful if you or someone you know receives such a diagnosis. The following is a list of common and rare cardiomyopathies, as well as some details of these potentially serious diseases.

Hypertrophic cardiomyopathy may yield, for some, few symptoms and may not preclude a normal life expectancy. Others may advance to a state where they have weakened hearts and must address heart failure, atrial fibrillation, or risk of sudden cardiac death.

First-line treatment for HCM is usually beta blockers and calcium channel blockers. Other medications may be needed to help control heart rate. Patients at risk for sudden cardiac death may also receive an implantable cardioverter defibrillator (ICD) to help control their arrhythmia.

Other Types of Cardiomyopathy

There are other forms of cardiomyopathy, including chemotherapy-induced cardiomyopathy. This can occur when cancer-fighting drugs used during chemotherapy harm the heart muscle. A branch of medicine called cardio-oncology is designed to help patients receive effective cancer treatment while preserving heart function.

A cardio-oncologist is one of many types of doctors that treat cardiomyopathy. Some doctors specialize primarily in HCM, or in dilated cardiomyopathy, or any of the other forms of this disease.

While you can’t prevent inherited forms of cardiomyopathy, you can try to manage certain risk factors that might increase your odds of developing acquired types of the disease.

Even if you carry a gene for cardiomyopathy, you should still try to manage your blood pressure and cholesterol and control your alcohol consumption. A healthy diet and daily exercise are also advised for everyone, not just those at risk of a heart condition such as cardiomyopathy.

If there are cases of cardiomyopathy in your family history, get a screening—an electrocardiogram, echocardiogram, and possibly gene testing, even if you have no obvious symptoms.