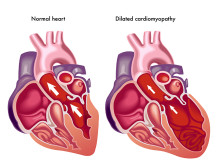 Cardiomyopathy: What Causes an Enlarged Heart?

Cardiomyopathy is sometimes referred to as an "enlarged heart," because the main sign is a heart muscle that has become thicker and more rigid. Bigger muscles might be what athletes want in their arms and legs. But a bigger heart isn’t a good thing, as it actually becomes weaker rather … Read More 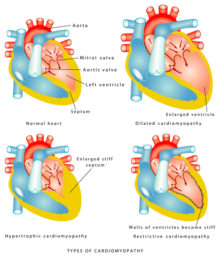 Nearly half of all heart failure cases are caused by diseases that primarily affect the heart muscle. Together, these are known as cardiomyopathies. What is cardiomyopathy? Cardiomyopathy is a heart disease that often occurs without a known reason, but can be caused by various medical conditions, including infections (usually viral), … Read More

You may know cardiomyopathy as a type of heart disease, but it’s actually more than that. Cardiomyopathy is really a group of diseases affecting the heart muscle. There are several kinds of cardiomyopathies, and each one has its own set of possible causes and outcomes. One of the common characteristics … Read More