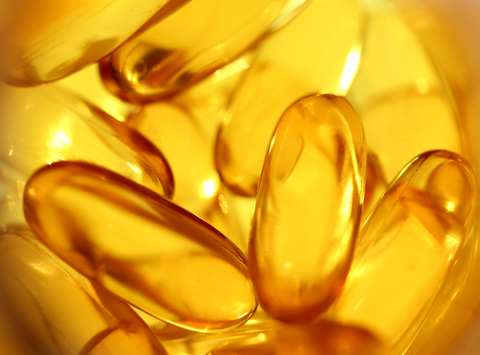 Taking a fish oil supplement especially formulated to be high in EPA but low in DHA might be the better choice if you are not already on a statin, or if you want to get off statins while keeping your LDL and triglycerides low.

If you are taking a fish oil supplement to lower LDL naturally, you might be surprised to know that the relative amounts of EPA and DHA in your supplement can make a difference in terms of its effects on your LDL. Taking a fish oil supplement especially formulated to be high in EPA but low in DHA might be the better choice if you are not already on a statin, or if you want to get off statins while keeping your LDL and triglycerides low.

What are EPA and DHA?

EPA and DHA are found directly in oily fish like salmon and mackerel. They can also be made in the body by converting ALA (alpha-linolenic acid), which is an essential omega-3 fat found in vegetable and seed oils like flax, to EPA and DHA. Since converting ALA to EPA and DHA is a rather inefficient process, getting these incredibly important fats from either eating plenty of oily fish or taking EPA/DHA supplements is recommended.

How do EPA and DHA benefit heart health?

There is now “strong evidence,” according to Harvard researchers and many others, that EPA and DHA reduce the risk of cardiac death.[1] Studies have found that EPA and DHA can lower your chances of suffering from a heart-related problem, like a heart attack, by 18%.[2]

EPA and DHA lower your risk of getting heart disease or having a heart attack or stroke in part by improving your lipids, although they do not lower LDL naturally. Instead, their primary effect on lipids is to reduce triglycerides naturally. The triglyceride-lowering effect of EPA and DHA is now indisputable, based on many large, long-term, well-conducted studies.[3]

Despite their excellent ability to reduce triglycerides naturally, EPA and DHA actually increase LDL cholesterol, concerning some doctors and medical researchers.[4] All types of EPA/DHA seem to have this LDL-increasing effect, including prescription-based fish oil (Lovaza), over-the-counter fish oil supplements, and EPA/DHA supplements made from algae instead of fish.[5,6]

What’s responsible for the LDL increase, EPA or DHA (or both)?

By reviewing all the studies that have used EPA or DHA in isolation, researchers at Emory University School of Medicine were recently able to answer this question.[4,5] Here’s what they found:

Is the LDL increase by DHA enough to worry about?

Many patients who are prescribed fish oil to reduce triglycerides naturally are already on a statin to lower their total and LDL cholesterol. For them, the fact that fish oil increases LDL isn’t considered much of an issue, because a high enough dose of a powerful statin can counteract that increase.[5]  But there has been concern for those who are not taking statins, either because of personal preference or issues with side effects.  In these individuals, especially if they have high or borderline-high LDL, the LDL-increasing effects of DHA could be as much as 16%, resulting in increased risk of developing cardiovascular disease.  This is where taking a fish oil supplement formulated to contain very high amounts of EPA and low amounts of DHA may be especially useful.

Not everyone at risk for cardiovascular disease needs a fish oil supplement highly concentrated in EPA. As discussed above, both EPA and DHA combined have been shown to significantly benefit heart and vascular health. Plus, there are many additional ways to lower LDL naturally while still taking fish oil high in both EPA and DHA. But if you’ve been taking fish oil and have noticed a negative effect on your LDL, consider trying a high-EPA fish oil for your cholesterol and cardiovascular health.

Anyone who has spent time perusing the seemingly endless brands of fish oil in their local store already knows EPA and DHA amounts vary tremendously between products. Always look for the specific amounts of EPA and DHA listed in the ingredients section of the label.

If you decide to try a fish oil highly concentrated in EPA to improve your lipids without raising LDL, aim for a total daily dose of at least 1800 mg EPA, based on evidence from clinical studies. [7] Many high quality fish oil companies now selling fish oil capsules with enhanced amounts of EPA.