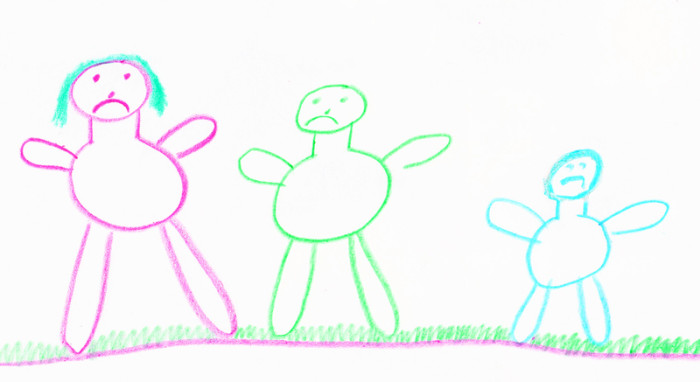 Is depression hereditary? Studies show that genetic makeup can play a part in the development of depression.

Science shows there’s a genetic component to depression that makes people more susceptible to the disorder. So is depression hereditary?

Just because you carry the genes doesn’t mean you’ll develop the disease. Your genetic makeup helps determine how likely you are to develop depression if other factors related to the condition arise. For example, recent research shows that the association between childhood abuse and depression is strongest among those who carry a gene that affects brain functioning in ways that are known to be associated with depression. (Click here to read more about how childhood abuse and neglect can lead to depression.)

Heredity and Depression: Research Reveals It’s in the Genes

More than a decade ago, a group of researchers linked a variant of the serotonin transporter gene (5-HTT) with an increased risk of developing depression following stressful experiences. This gene plays a critical role in regulating available levels of serotonin in the brain.

It is increasingly clear that not one gene but many different genes are likely to contribute to the risk of developing depression. Ongoing research continues to identify new candidate genes; among them are:

Scientists also have pinpointed five gene variants that may increase the likelihood that someone with depression will try to commit suicide. The variants are related to the survival, growth, and connectivity of neurons. People with three of these mutations are nearly five times more likely to attempt suicide.

“We have known for a long time that these traits have a genetic component, but until now, we had identified only a few specific genetic variants related to these traits,” said Daniel Benjamin, corresponding author and an associate professor of the Center for Economic and Social Research in the USC Dornsife College of Letters, Arts and Sciences.

Benjamin said that the genetic variants do not determine whether someone develops depressive symptoms or neuroticism or have a poor sense of well-being. “Psychological well-being is jointly influenced by genes and environment,” he said. “The genetic variants that we found account for a small fraction of these genetic associations.”

Genetic variants are likely one reason members of some families are more prone to mental illness than others, or why identical twins (who not only look the same but who have almost identical DNA) are more likely to share depression than fraternal twins or siblings, who share only half their DNA. Genes also may play a role in determining how well a person responds to antidepressant medications and what side effects they are most likely to develop.

As genetic research continues into depression, the hope is that findings can be used to identify the disease early (possibly even before symptoms emerge) and develop better treatments.

Nurture (or Lack Thereof) Can Change How Genes Function

Studies have revealed that certain environmental influences can affect gene function, and these changes can be inherited by our offspring. Some of the most famous research in this area has emerged from the lab of Dr. Michael Meaney at McGill University in Montreal.

Dr. Meaney’s research has shown that a lack of nurturing behavior among rat mothers with their pups actually produces changes in the NR3C1 gene, which is involved in development, metabolism, and immune response. The affected pups live their lives in a physical state of stress, even when their environments are not stressful.

To determine whether similar mechanisms are at play in humans, researchers at the Douglas Hospital in Montreal tested the brains of suicide victims with a history of abuse in childhood, suicide victims with no such history, and people who died of other causes. The investigators have found that similar changes to the same NR3C1 gene occurred most frequently in suicide victims with a history of abuse, suggesting that their negative childhood experiences produced genetic changes that made them vulnerable to suicide later in life. And just as with the rats, the individuals with disrupted NR3C1 genes also lived in a state of constant physical stress.