Home » Daily » Depression » What Is the Link Between Low Testosterone and Depression? 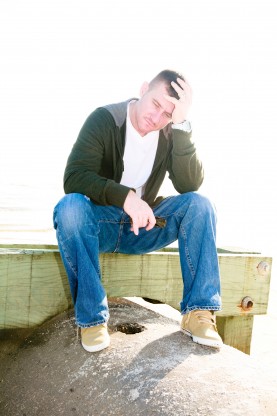 Research examines the link between low testosterone and depression.

In 2012, I wrote about the relationship between low testosterone and depression. Today, I want to update you on the latest research on the use of testosterone replacement therapy as a treatment for depression in men.

In February 2014, researchers from the Department of Neurology and Psychiatry at Saint Louis University published a review article that analyzed all the randomized, double-blind, placebo-controlled trials that have been conducted to date on low testosterone and depression.[1] In the last decade, there has been a surge of new clinical trials studying the impact of testosterone therapy on mood, and the results of these studies have been inconsistent. The researchers’ goal was to better understand how well testosterone works for depression.

They analyzed 16 trials with a total of 944 men and published their findings in the Annals of Clinical Psychiatry. The data showed a significant positive impact of testosterone on mood. They looked at the data from several different angles to gain a better understanding of testosterone’s precise influence.

Overall, the researchers concluded, testosterone is effective as the sole treatment for milder forms of depression in middle-aged men with low baseline testosterone levels. For men over 60 or those with more severe depression, testosterone may not be as effective, they said, calling for more research in these areas.

Most recent study on low testosterone and depression supports findings

Another clinical trial looking at testosterone’s effects on depressive symptoms was wrapping up around the same time the St. Louis researchers completed their study. The results of this six-month trial, published in the medical journal Aging Male, were consistent with previous studies in showing that testosterone replacement therapy  effectively treats depression in men with low testosterone.[2]

This study looked at 50 men with an average age of 57 who had low testosterone and were treated by urologists at the Kobe University Graduate School of Medicine in Japan. Thirty of the men were diagnosed with depression at the beginning of the study. For those men, depression symptoms significantly decreased by month 6, and only 11 of the 30 (36.7%) were still suffering from some depression after testosterone therapy.

For all of the men, whether they had diagnosable depression at baseline or not, testosterone therapy significantly improved many aspects of health and well-being, including the following areas: