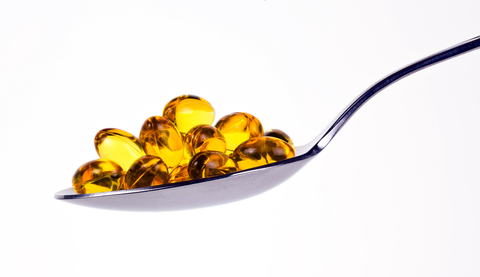 Fish oil supplements were found to be safe and effective for significantly reducing depression, aggression, and other borderline personality disorders.

What Is Borderline Personality Disorder?

People with borderline personality disorder (BPD) are extremely moody, often feel out of control, and have painful and difficult relationships. They suffer from symptoms of depression and anxiety, problems regulating emotions and thoughts, and impulsive and reckless behavior. Those with this mental illness also have high rates of substance abuse, eating disorders, self-harm, suicidal behaviors, and completed suicides.

Few people with this difficult-to-treat mental health condition get adequate relief from standard treatments—prescription antidepressants and mood stabilizers. But the results of two studies indicate that daily intake of omega-3 fish oil supplements which contain EPA and DHA, the beneficial omega-3 fatty acids found in seafood, are effective.

The most recent study to demonstrate fish oil supplements as a borderline personality disorder treatment was a double-blind, randomized controlled trial in 15 adolescents with borderline personality disorder. The teens all had their omega-3 fatty acid blood levels tested at baseline and then were randomly assigned to 12 weeks of either fish oil supplements (containing a daily total of 1,200 mg of the omega-3 fatty acids EPA and DHA) or placebo.

Before fish oil treatment, those patients with the higher baseline blood levels of omega-3 fatty acids functioned better psychologically and socially than did those with low omega-3 levels, who had more severe symptoms. By the end of the intervention, the omega-e fish oil supplements significantly improved functioning and reduced borderline personality disorder symptoms compared with placebo. Side effects did not differ between the treatment groups.

An earlier study also found that fish oil supplementation can significantly reduce symptoms of borderline personality disorder without the negative side effects associated with standard medications. In that study (published in 2003 in the American Journal of Psychiatry), researchers from the Department of Psychiatry at Harvard University compared the effects of daily fish oil supplementation with placebo in 30 women with borderline personality disorder.

Twenty women were randomly assigned to eight weeks of treatment with 1000 mg of eicosapentaenoic acid (EPA) while 10 women were given a placebo. After the two-month treatment, women who took the supplements had decreased severity of depression as well as significantly less aggression compared with the placebo group. The study authors concluded that omega-3 fish oil in the form of EPA (1000 mg per day) may be a safe and effective therapy for women with moderately severe borderline personality disorder.

How to Take Fish Oil for Borderline Personality Disorder Treatment

Most fish oil supplements contain a combination of EPA and DHA, which are the two major omega-3 fatty acids primarily responsible for fish oil’s health benefits. The most recent study used a concentrated fish oil containing both these fatty acids. In the 2003 Harvard study, however, the researchers used a concentrated form of EPA-only. There is no reason to believe that an EPA-only formulation is necessary, as long as a full 1200 mg of EPA plus DHA or a full 1000 mg of an EPA-only fish oil product is consumed daily.

Your fish oil supplement label will list the amount of EPA and DHA omega-3 fatty acids per capsule or serving size. Depending on the type and concentration of your fish oil, you may require anywhere from two to 10 or more fish oil capsules per day to reach this dose of EPA and DHA. To avoid so many capsules, many consume fish oil in liquid form where the bottle is kept in the refrigerator. Vegan sources of omega 3 EPA and DHA, typically derived from algae, are also now widely available and may be used in place of fish oil with the same expected benefits so long as the EPA dose is adequate.

This blog was originally published in 2013 and is regularly updated.