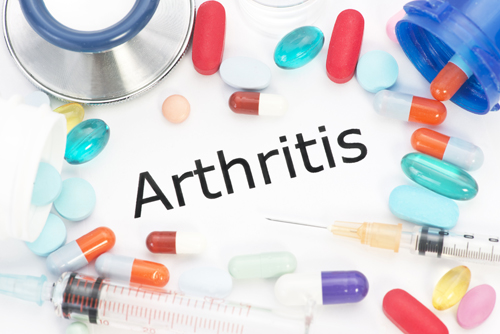 Some studies have shown that it is as effective as naproxen and ibuprofen in relieving lower back pain, but a review study published in 2014 found ibuprofen was usually more effective in producing pain relief than acetaminophen, and questioned acetaminophen as a first-line analgesic for several pain-related conditions.

Although acetaminophen has little risk if used according to directions, taking too much too often can cause liver damage and even death. Men who regularly take acetaminophen and other common pain relievers may have an increased risk of high blood pressure.

Overdoses of acetaminophen account for 40 to 50 percent of all acute liver failure cases each year in the United States. Before taking acetaminophen, tell your doctor if you have had liver disease, or if you drink alcohol on a regular basis. Also, read the labels of all your medications to find out if they contain acetaminophen.

Aspirin: Considered one of the most effective methods of relieving pain, aspirin also carries side effects, such as stomach-lining irritation and blood thinning. Avoid the use of aspirin when you have used alcohol or taken blood thinners, corticosteroids, medications for hypertension or diabetes, methotrexate, or probenecid. Also avoid taking aspirin together with ibuprofen. Using the two drugs together can increase the risk for heart attack and can negate the cardio-preventive benefits of daily aspirin therapy.

COX-2 inhibitors: COX-2 inhibitors reduce inflammation without the stomach irritation and bleeding risks associated with the nonsteroidal anti-inflammatory agents, but an association exists between this group of drugs and heart problems, especially in high-risk patients. Celecoxib (Celebrex) is the only COX-2 inhibitor still available (albeit with a Black Box warning indicating its risks). Physicians, though, are prescribing the drug with caution. It is available as a generic drug. COX-2 inhibitors are used for osteoarthritis, rheumatoid arthritis, and ankylosing spondylitis, among other conditions.

Nonsteroidal anti-inflammatory drugs: Nonsteroidal anti-inflammatory drugs (NSAIDs) such as ibuprofen and naproxen are often used for pain management. However, because these medications can have side effects, including stomach irritation and gastrointestinal bleeding, the American Geriatrics Society has established guidelines for pain management that encourage alternatives to aspirin, ibuprofen, and other NSAIDs. The guidelines recommend acetaminophen (Tylenol or Datril, for example) as the first-line treatment for mild-to-moderate pain for seniors, but that recommendation is being reconsidered. Consult your physician regarding how much Tylenol and other over-the-counter medications you can take per day.

Taking more than one type of NSAID during the same period of time (one month, for example) has a negative effect on both physical and mental health, and multiple uses should be avoided. Gastric ulceration and/or bleeding are serious side effects of NSAIDs. Kidney failure is a serious complication of long-term use of NSAIDs.

Topical pain relievers: Creams, sprays, patches, and rubs contain topical pain relievers. Some of them, such as lidocaine (Lidoderm), fentanyl (Duragesic), and Flector Patch (a NSAID), are applied to the skin directly or through pain patches. When the medication is absorbed into the skin, it blocks the pain signals to the brain.

EMLA cream is a topical anesthetic containing lidocaine and prilocaine. It is applied before certain medical procedures and its effects can last for up to three hours under a dressing, and for one to two hours after the cream is removed.

Capsaicin, which comes from the seeds of chili peppers, is used to treat pain associated with arthritis, shingles, and diabetes, among other conditions. It can provide temporary relief over long periods of time, but can irritate the skin and produce a burning sensation in the first few weeks of use. It may take three to four weeks to determine whether it is effective. Capsaicin works by stimulating nerve-ending receptors, which send a message to the brain that generates the sensation of pain and allows calcium to enter the cells until the receptors shut down.

Some topical osteoarthritis and rheumatoid arthritis medications contain trolamine salicylate, which is similar to aspirin. These medications have trade names like Aspercreme and Sportscreme, and appear to be safe, but there is little evidence that they are effective for chronic pain. Others, like Ben-Gay and Icy Hot, stimulate sensory receptors and may distract you from mild muscle or joint soreness, but they are also not likely to help relieve chronic pain.