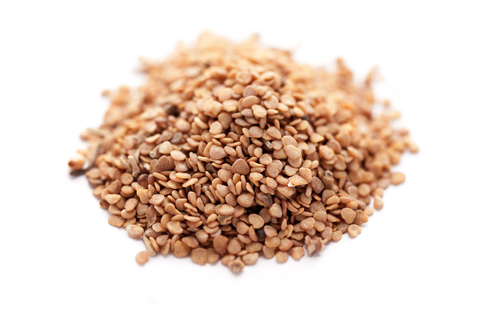 Ashwagandha is an herb from India that has been used for centuries as a general body tonic.

Are you feeling so worn out or keyed up from chronic stress that you could use a little extra help? Ashwagandha benefits are perfect for those beaten down by stress. There are also other ashwagandha health benefits. It may be beneficial to use ashwagandha for depression and anxiety.

What Is Ashwagandha and Why Is It a Tonic?

Ashwagandha is an herb from India that has been used for centuries as a general body tonic and has recently been the subject of a number of clinical trials showing impressive results. A tonic, in popular terms, is something that makes you feel better, stronger, and healthier.

While a detox can also help in those ways, it can also be a harsh stress on the body. If you’re already feeling depleted from the negative effects of chronic stress, a detox may not be the best thing for you now. Instead, a tonic like ashwagandha benefits you by replacing your body’s vital reserves, helping your body adapt to stress (act as an adaptogen), and strengthening your body’s systems, such as the nervous system and the adrenals.

In a cutting-edge study, ashwagandha tonic fulfilled its time-tested reputation as an effective remedy for stress. Potential ashwagandha benefits were studied in 64 adults with a history of chronic stress in a double-blind, randomized, placebo-controlled trial. Researchers gave half the participants a placebo and half 300 mg of ashwagandha extract twice a day for 60 days.

The results, published in the Indian Journal of Psychological Medicine, showed that ashwagandha benefits just about every measure of stress. Compared to those who got the placebo, those taking ashwagandha had 28 percent lower levels of cortisol, the so-called “stress hormone.” While cortisol is helpful in small amounts, it causes problems when you’re battling chronic stress when your cortisol levels may remain mildly elevated for extended periods of time.

The ashwagandha benefits didn’t stop with cortisol. Participants who took ashwagandha extract also scored better on each of three different psychological tests measuring stress, anxiety, and overall well-being. On all three tests, the higher the score, the more stressed-out you are. The ashwagandha benefits included a dramatic 72 percent drop in scores on two of the tests—the General Health Questionnaire-28 and the Depression Anxiety Stress Scale. And scores for the third test—the Perceived Stress Scale—fell significantly by an average of 44 percent in the group taking the ashwagandha tonic.

Many of the ashwagandha benefits observed in this and other studies are thought to come from the extract’s ability to lower the stress hormone, cortisol. When you’re under chronic stress and your cortisol levels creep up, your body’s other hormones and neurotransmitters become unbalanced, leading to symptoms like anxiety, depression, and poor sleep.

Ashwagandha is powerful tonic that is safe to take long-term and is not associated with any adverse effects in this or other clinical trials. If you’re interested in taking it as a supplement, find an extract that lists the level of withanolides, one of the root’s active ingredients. Look for ashwagandha root powder extracts that contain at least 5 percent to 8 percent withanolides. Take at least 300 mg twice a day for at least two months to receive the full benefits of ashwagandha.

How to Gently Detoxify While Gaining Ashwagandha Benefits

Your body just might thank you more for giving it the gift of calm, balanced vitality that comes with a tonic like ashwagandha. Anxiety, stress, and depression levels can all decrease by using ashwagandha. A great, complementary way to gently detoxify while gaining ashwagandha benefits is to clean up your diet by decreasing or eliminating all foods containing added sugar or white flour.