Home » Daily » Prostate » Digital Rectal Exam: Reliable Practice, or Will It Go the Way of the Dinosaur? 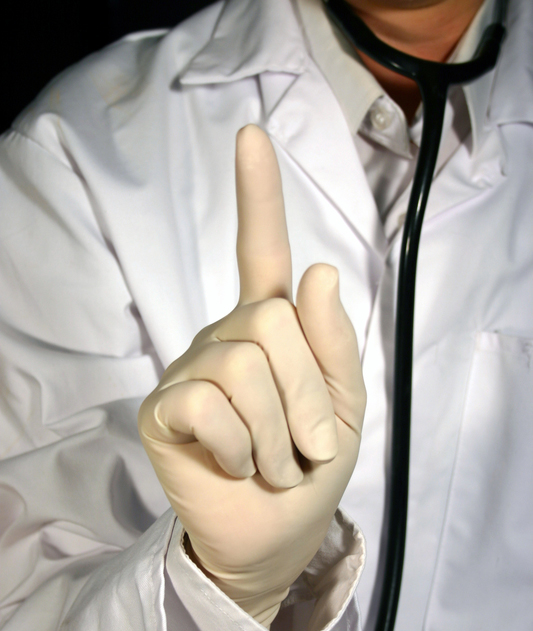 It may be uncomfortable, but a digital rectal exam doesn't take long.

In today’s age, the term “digital” may make you think electronic or photographic. But, alas, digital here refers to a finger, so a digital rectal exam (DRE) is an examination of your rectum with the physician’s gloved and lubricated index finger. Both men and women undergo a digital rectal exam, usually at their annual physical exam, once they turn 50. For those with a high risk for cancer, the exams may begin earlier.

Your doctor may do a digital rectal exam more frequently if you are experiencing any problems, such as a change in bowel habits, bleeding or discharge, or urinary problems.

What a Digital Rectal Exam Is For

At the time of your digital rectal exam, a small bit of stool may be obtained to test for blood, especially if you’re having any symptoms, like a change in your bowel habits. This test is called a fecal occult blood test—occult meaning blood that is not visible. A positive result means blood was found in the sample and further testing may be required to find the source of the blood, such as ulcers, polyps, hemorrhoids, or benign or cancerous tumors.

There are two different tests for occult blood: the guaiac test and the immunoassay test. The guaiac test has been around longer. Guaiac is a chemical that changes color when blood is detected. The immunoassay (or immunochemical test) uses a protein that binds to hemoglobin (blood).

The Centers for Medicare and Medicaid Services (CMS) says that the immunoassay test has “moderately better test performance characteristics” compared to the guaiac method.
The immunoassay test offers fewer false positives due to dietary elements, the reading is quantitative (vs. just positive or negative), and is believed to be more sensitive to picking up cancers. With both tests, certain medications, like aspirin and other blood thinners, can affect the test results.

Some experts believe a blood test called the PSA (prostate-specific antigen) makes the digital rectal exam unnecessary for men. PSA is a protein that is often elevated in men with prostate cancer. However, in 2012, the U.S. Preventive Services Task Forces (USPSTF) recommended against routine PSA testing; it may lead to over-treatment of slow-growing, non-harmful tumors and unnecessarily risky prostate biopsies, according to the USPSTF. Our post “It Isn’t Time to Abandon the Prostate-Specific Antigen Test Just Yet” discusses the pros and cons.

To reach his conclusion, Dr. Terlecki and his researchers reviewed records of 38,340 men who received an annual digital rectal exam and PSA test for three years. The subjects were followed for up to 13 years. Of particular interest were the 5,064 men who had a normal PSA test but an “abnormal” digital rectal exam. Only 2 percent of these men had clinically relevant prostate cancer.