Home » Daily » Prostate » An Abnormal PSA Result: What Comes Next? 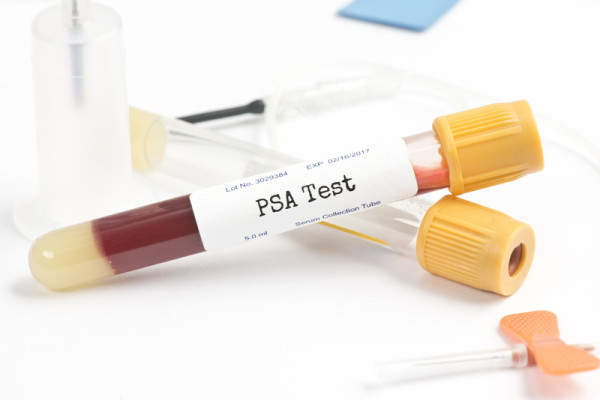 An abnormal PSA blood test result can set in motion a chain of events that may include prostate biopsies and treatments that could result in serious side effects.

The prostate-specific antigen (PSA) blood test remains central to prostate cancer screening and, at the same time, at the center of considerable controversy. While proponents cite data supporting the test as a way to reduce the risk of dying from prostate cancer, critics point to the chain of events that an abnormal PSA result can set in motion: namely, prostate biopsies (with associated risks) and treatments that may cause significant side effects—all for a cancer that, for many men, will not become life-threatening.

Researchers continue to explore new tests designed to augment the PSA exam and help fine-tune the identification of men most likely to harbor clinically significant prostate cancer, thus potentially reducing the number of prostate biopsies. And, a study published in January 2016 in Mayo Clinic Proceedings suggests that doctors also may be able to accomplish this task simply by repeating the old standby PSA test.

The study findings reinforce recommendations not to refer men for a prostate biopsy based solely on a single abnormal PSA result. If your PSA is elevated, ask your doctor about repeat PSA testing, as well as newer tests that may better gauge whether you need a prostate biopsy.

What the Study Found

PSA testing can offer clues as to whether a man has prostate cancer, but only a prostate biopsy can confirm a diagnosis of the disease. During a biopsy, an ultrasound probe is inserted into the rectum, allowing the physician to visualize the prostate. The probe contains a biopsy “gun” that fires a very fine needle in split seconds through the rectal wall to retrieve tissue samples, or cores, from throughout the prostate. A pathologist then examines the cores for cancerous cells.

A prostate biopsy isn’t without some risks. The procedure may cause some discomfort, and most men have blood in their semen for a few months after biopsy. Some men also experience blood in the rectum, stool, and urine for a few days. In retrieving tissue samples, the needle may carry deleterious bacteria from the rectum into the bloodstream, leading to infection. Widespread use of antibiotics has resulted in a rise in antibiotic-resistant bacterial strains, which may cause severe infections. Consequently, experts have sought ways to reduce the number of prostate biopsies.

In the Mayo Clinic Proceedings study, 1,268 men with moderately elevated PSA levels (between 4 and 10 ng/mL) were referred to a Canadian clinic for repeat PSA testing before prostate biopsy between 2008 and 2013. (A PSA level of 4.0 ng/mL or greater has been widely used as a threshold for recommending a prostate biopsy.) The repeat PSA test was administered within three months of initial testing.

Results of the repeat testing showed that in about a quarter of the men, PSA levels had fallen below the 4 ng/mL threshold. Those men were 60 percent less likely to undergo a prostate biopsy within one year, compared to men who continued to have an abnormal PSA result, the study found. Furthermore, men with a normal PSA result on repeated testing were about 80 percent less likely than those with an abnormal result to be diagnosed with prostate cancer overall and more aggressive prostate cancer (Gleason score of 7 or higher) within a year, the researchers reported.

Additionally, when the study authors reduced the PSA threshold to 2.5 ng/mL, 11 percent of the men had PSA levels below this mark on repeat testing. Those men were 68 percent less likely to undergo a prostate biopsy and had an 81 percent lower likelihood of being diagnosed with prostate cancer, according to the study.

Repeating the PSA test was not foolproof, as about 8 percent of men with a PSA result below 4.0 ng/mL on repeat testing still were diagnosed with prostate cancer and about 3.2 percent had Gleason 7 or higher prostate cancer. Still, “routinely repeating a PSA test in patients with an elevated PSA level is independently associated with decreased risk of prostate biopsy and prostate cancer diagnosis,” the researchers concluded. “Men with an elevated PSA level should be given a repeated PSA test before proceeding to biopsy.”

The study findings support recommendations from the American Urological Association (AUA) and other experts that if your PSA result is abnormal, the test should be repeated before you proceed to a biopsy. A PSA test also should be combined with a digital rectal exam, in which the doctor inserts a lubricated, gloved finger into the rectum to feel for any abnormalities in the prostate through the rectal wall.

Keep in mind, too, that elevated PSA levels may be caused by prostate cancer as well as non-cancerous conditions, like benign prostate enlargement or infection. Also, the PSA exam cannot distinguish fast-growing, aggressive prostate cancer from indolent tumors that may not require treatment.

The AUA does not recommend a single PSA threshold at which a prostate biopsy should be performed. Rather, biopsy decisions should be based on multiple factors, such as age, family history of prostate cancer, race or ethnicity, previous biopsy results, and co-morbid medical conditions. Additionally, your physician may consider other PSA measurements in assessing your risk of prostate cancer:

If your PSA is elevated, ask your doctor about new tests designed to complement PSA, better identify which men have clinically significant prostate cancer, and potentially reduce the number of unnecessary biopsies and treatment. Here’s a look at a few of these tests: