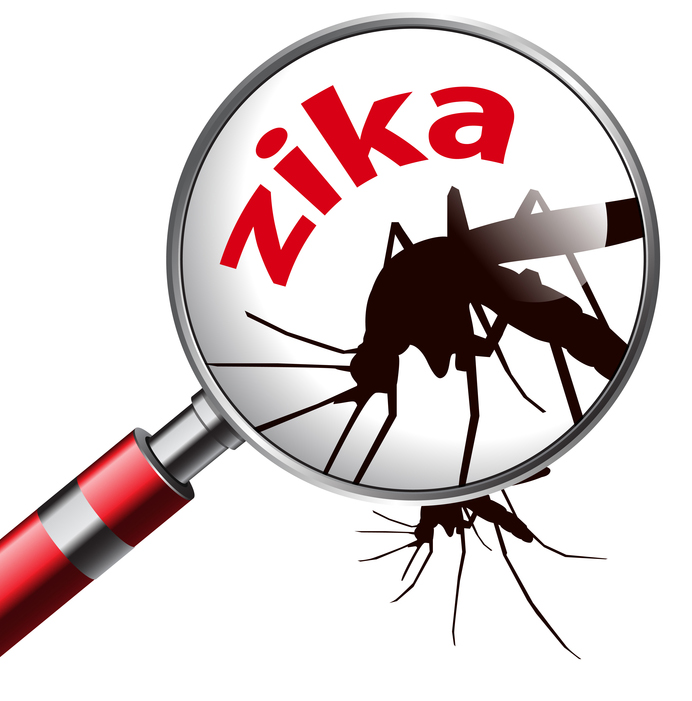 The first Zika virus symptoms and diagnosis landed in the U.S. in July 2016 in Florida. Texas is the second state to report a case of Zika, per a November 2016 diagnosis.

With Zika virus becoming more of a concern in the United States, the Centers for Disease Control and Prevention (CDC) has recommended that certain people be tested. Groups considered to be at risk include people who have traveled to areas where Zika is on the rise; people who may be showing Zika virus symptoms; and people who have been exposed to the Zika virus through sex.

Zika virus symptoms include the following:

Who Should Be Concerned About Zika Virus Symptoms?

Don’t panic if you’re experiencing Zika virus symptoms; the condition is fairly mild. In fact, you may not even realize you’ve been infected with Zika.

Even so, some people—especially pregnant women—have reason to fear Zika. The virus has been linked with an increased risk for birth defects among babies born to infected women. Pregnant women who contract Zika have in some cases given birth to babies with microcephaly, a defect that affects the size of an infant’s brain and head. 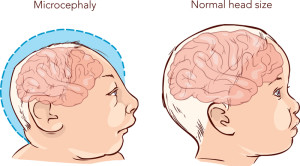 Pictured: the effects of Zika virus symptoms on the development of a baby’s head size.

“Microcephaly can cause lifelong disabilities and be life-threatening,” says Cindy Moore, MD, PhD, Director of the Division of Birth Defects and Developmental Disabilities at the National Center on Birth Defects and Disabilities. “We are working to learn more about how Zika may affect pregnancy so we can protect mothers and babies from this condition, which can have a devastating impact on babies and their families.”

Recent research findings, as published in the Oct. 5, 2016 issue of New England Journal of Medicine, also suggest that Zika virus may increase the risk for Guillain-Barré syndrome, which can cause muscle weakness, pain, and even paralysis.

The Trail of Zika Virus Symptoms

First identified in Uganda in 1947, the Zika virus is transmitted by Aedes mosquitoes, the same type of mosquito that carries dengue fever, yellow fever, and chikungunya virus, according to the CDC. When a mosquito bites a Zika-infected person, it can then pass it to other people it bites.

Zika outbreaks did not occur outside of Africa until 2007, when it began spreading to the South Pacific region.

The first outbreak of locally transmitted Zika virus symptoms showed up in the United States in Florida in July 2016. On Nov. 28, 2016, state health officials in Texas reported a probable case of local transmission. the patient, a resident of Brownsville (on the Gulf Coast, near the Texas/Mexico border), is not pregnant. According to the New York Times, the case makes Texas “the second state, after Florida, in which the infection is thought to have been carried from person to person by mosquitos.”

The Zika virus is spread not only by mosquitoes but via unprotected sex with an infected person—usually after someone “traveled to an area where Zika has broken out, got the virus, and gave the virus to a sex partner who did not travel,” according to the CDC.

“In the short term, as neither pharmacological treatment nor vaccines are available, prevention of Zika infection relies on protective measures against mosquito bites,” says Antonio Teixeira from the McGovern Medical School, University of Texas Health Science Center at Houston.

If you live in, or are visiting, an area where mosquitoes are endemic, protect yourself from bites by using insect repellent. In order to be effective at protecting you from Zika virus symptoms, the repellent needs to contain one of these active ingredients:

If using sunscreen, apply mosquito repellent on top of it. If you have young children, check the label to make sure your chosen repellent is suitable for use on children. As a rule, repellent should not be used on babies age two months and younger. Clothing that covers arms and legs can provide added protection. Use a mosquito net if pushing your baby in a stroller.

Also, take steps to prevent mosquitoes from breeding—they lay their eggs in water, so be sure not to let standing water accumulate in or outside your home.

Q: Can you die from the Zika virus? I’m going to be visiting my daughter in Panama this summer, and I’m concerned, since Zika is a known risk in the region. I remember hearing about an elderly man in France who died due to the Zika virus.

A: It is mainly pregnant women who can suffer serious complications associated with Zika—as you are likely aware, unborn babies can be seriously affected by the virus. However, there is also some evidence that older adults may be susceptible to Zika because the immune system wanes with age, meaning you have less resistance when it comes to combating infections.
According to the Centers for Disease Control and Prevention (CDC), seniors who contract Zika may have a slightly greater risk for a neurological condition called Guillain-Barre syndrome. Guillain-Barre causes the immune system to attack the nervous system, resulting in gradual weakness in the arms and legs, with paralysis occurring in severe cases. Temporary hearing loss and vertigo have also been reported in older adults with Zika. The elderly man you heard about was in Martinique, a French island in the Caribbean Sea. However, deaths among adults infected with the virus are rare. Symptoms include a mild fever, rash, headache, joint pain, and red, sore eyes. In fact, the majority of adults who have the virus experience no symptoms.

Complications associated with the Zika virus are very rare, but since there is no vaccine for the virus, you should take steps to protect yourself from mosquitoes while you are in Panama. The mosquitoes that carry the Zika virus are most active during the two hours after sunrise and several hours before sunset, so stay indoors during these times if possible, use a good mosquito repellent, and wear long-sleeved clothing and pants at all times. These precautions should ensure that you can safely enjoy your vacation.

Q: Are seniors at risk for ill effects from Zika? I live in the south, where the climate is warm year-round—what are the Zika virus symptoms I should look out for?

A: Currently there is not any solid evidence suggesting that older adults are any more vulnerable than younger people after exposure to the Zika virus. However, officials from the Centers for Disease Control and Prevention say that seniors who do develop Zika may have a slightly greater risk for a rare neurological condition called Guillain-Barre syndrome. Guillain-Barre causes the immune system to attack the nervous system after exposure to a virus or bacteria, and results in gradual weakness in the arms and legs (and paralysis in severe cases). Brazilian medical researchers also have reported temporary hearing loss and vertigo in older adults with Zika.

You are likely aware that there is no vaccine currently available that protects against Zika. Since you live in an area with a large mosquito population, your best protection against the Zika virus and its symptoms—which are typically mild, and include joint pain, fever, a rash, and headaches—is to use a good mosquito repellent (visit the Environmental Protection Agency website at www.epa.gov for an online tool to help you select the best repellent for you), and wear long pants and long-sleeved clothing. The mosquitoes that carry Zika virus are most active during the daylight (especially during the two hours after sunrise and several hours before sunset), but can bite at any time of the day or night, so it is important to protect yourself at all times. Also be sure not to leave standing water near your home, since this enables mosquitoes to breed.