Turmeric has been used for centuries for treating inflammation, but how effective is it?

Turmeric is a plant in the ginger family. The Latin name is Curcuma longa. Turmeric has been used for centuries in both Chinese and Indian medicine to treat diseases of inflammation like arthritis, allergy, respiratory, and digestive disorders. Curcumin is the active ingredient in turmeric that may give it anti-inflammatory properties.

“Turmeric works by reducing inflammation in the body. The mechanism of action is thought to be due to turmeric’s ability to modulate the body’s immune response,” says Daniel Powers, MS, founder of the Botanical Institute. “This is similar to how non-steroidal anti-inflammatory drugs (NSAIDs) work, but from a natural perspective.”

Studies on Turmeric and Curcumin for Arthritis

Research on the benefits of turmeric and curcumin for arthritis has focused on the most common type of arthritis, called osteoarthritis. Osteoarthritis becomes more common with older age because it is caused by the wear and tear of joints that occur over time. Other than NSAIDs to reduce pain and swelling, there are few treatments and no cure for osteoarthritis other than joint replacement surgery. NSAIDs have side effects like heartburn and can increase your risk for problems like kidney disease, high blood pressure, and cardiovascular disease, so a safe alternative would be welcome. 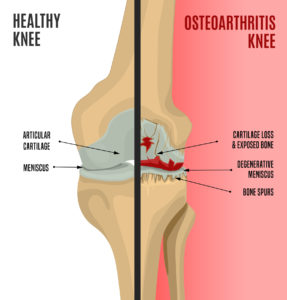 Studies have tested that around 1000mg of curcumin is a safe dose for osteoarthritis.

According to NCCIH, studies on curcumin and turmeric nutraceuticals have found them to be probably safe when used orally or topically on the skin. A 2015 review of available studies that included laboratory studies and a few human studies concluded that curcumin is effective for treating osteoarthritis.

In one of the few human studies that compared curcumin to a placebo for osteoarthritis, curcumin significantly reduced pain compared to the placebo, but it was a small study including only 120 people. Another human study compared curcumin to an NSAID for osteoarthritis pain and found that they worked equally well, reducing pain by about 50 percent. Curcumin had fewer side effects than the NSAIDs. However, this was also a small study of 139 people.

Should You Try Turmeric or Curcumin for Arthritis?

NCCIH recommends checking with your health care provider before using a nutraceutical to treat arthritis. These supplements are not regulated or tested by the Food and Drug Administration (FDA) and may have ingredients or contaminants not listed on the label.

“Turmeric can be very effective against arthritis however, it should not be overdosed because it contains large doses of oxalate, a chemical that can combine with calcium in the body, causing kidney stones,” says Daniel Boyer, MD at the Farr Institute. “In addition, the FDA also warned against the use of turmeric from Bangladesh due to their high concentration of lead mental, a great health hazard.”

The best dose for turmeric or curcumin to treat osteoarthritis has not been established. Research studies have used about 1000 milligrams of curcumin, which seems to be safe. Although rare, both curcumin and turmeric can have side effects that include mild diarrhea, nausea, or heartburn.

One of the problems with turmeric and curcumin is that not much is absorbed from your digestive system when you take it orally, called bioavailability. That is one of the reasons they have been difficult to study. Look for supplements that include some black pepper, which makes curcumin or turmeric more bioavailable.

Bottom Line on Turmeric or Curcumin for Osteoarthritis

Neither turmeric or its active ingredient curcumin has been tested with the numbers and controls that are needed to approve medications by the FDA. That said, the little research we do have available in controlled human studies suggests that these nutraceuticals may have an anti-inflammatory effect that could benefit osteoarthritis. If you are interested in trying one of these supplements, start by discussing the risks and benefits with your health care provider.