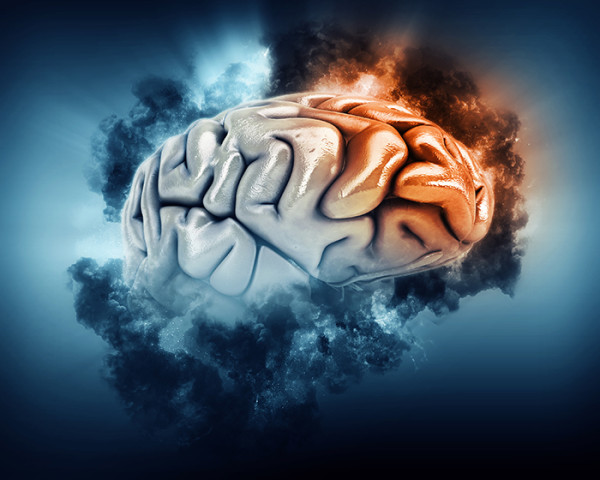 A study published in the journal Neurology links better cardiovascular fitness to improved thinking skills in older adults, including those suffering from dementia.

Frontal lobe dementia or frontotemporal dementia (FTD) represents a unique group of neurodegenerative disorders that account for approximately 10 percent of all cases of dementia and tend to occur in people between the ages of 45 and 64. The symptoms of each disorder can vary, depending on the part of the frontal or temporal lobes affected, but can include behavior and personality changes, language dysfunction, and motor skill impairment.

There are three main types of frontal lobe dementia or frontotemporal dementia, some of which are divided into subtypes:

Furthermore, a number of genes (including the tau or MAPT gene and the PGRN gene) linked to the abnormal production of these proteins have been identified and are responsible for the disease in the 15 to 40 percent of people who suffer from a hereditary form of it.

Each type or subtype of frontal lobe dementia has specific symptoms and yet there can also be overlap between the different types, particularly as the disease progresses.

There are four rare movement disorders considered to be part of the frontal lobe dementia/frontotemporal dementia spectrum:

How Is Frontal Lobe Dementia Diagnosed?

Diagnosing this group of disorders can be difficult because the behavior and language changes can mimic psychiatric disorders and the movement impairments can mimic other degenerative neurologic conditions. Unless an individual has an inherited form of the disease and can be tested for one of the known mutations, the diagnosis is made by taking a detailed personal and medical history (requiring input from friends and family), performing a thorough physical exam, obtaining laboratory testing to rule out metabolic causes of dementia, and using imaging studies to identify abnormalities in the frontal or temporal lobes.

How Is Frontal Lobe Dementia Treated?

There is no specific treatment and no cure for any of the diseases that fall within the frontal lobe dementia spectrum. Treatment involves managing symptoms to the best extent possible. Here are five strategies commonly used:

Assembling a team of specialists that includes doctors, therapists, nurses, and patient advocates is ultimately the most important factor in managing frontal lobe dementia for both the patient and their caregiver.

The editors at Duke Medicine’s Health News answer a common question about ALS:

Q: A dear friend has just been diagnosed with amyotrophic lateral sclerosis. Are there new treatments in recent years for the disease?

A: Amyotrophic lateral sclerosis (ALS), commonly known as Lou Gehrig’s disease (after the famous baseball player of the 1930s), is a disease of the nervous system that progressively weakens muscles, causing loss of physical function so you can no longer walk, talk, eat or breathe, and eventually resulting in death; most people die within three to five years of diagnosis, though some can live more than 10 years with the disease. Early symptoms include muscle cramps, muscle twitches, tight, stiff muscles, muscle weakness, slurred and nasal speech, and difficulty chewing or swallowing. To date, there is no cure for the disease, though some medications can slow its progression. In ALS, motor neurons in your brain and spinal cord break down and die, preventing your brain from sending messages to your muscles. This causes them to weaken, leading eventually to loss of control over their movements, and inhibiting activities of daily living. ALS is a heritable disease and frequently runs in families. It’s thought that genetic changes are associated with ALS. However, “sporadic” ALS is more common and the cause of 90 to 95 percent of all cases. There currently are two FDA-approved drugs, riluzole (Rilutek) and edaravone (Radicava), that slow progression of the disease, while physical therapy can help strengthen unaffected muscles. ALS usually afflicts people between ages 40 and 70, and the Centers for Disease Control and Prevention estimate that between 14,000 and 15,000 Americans have ALS.