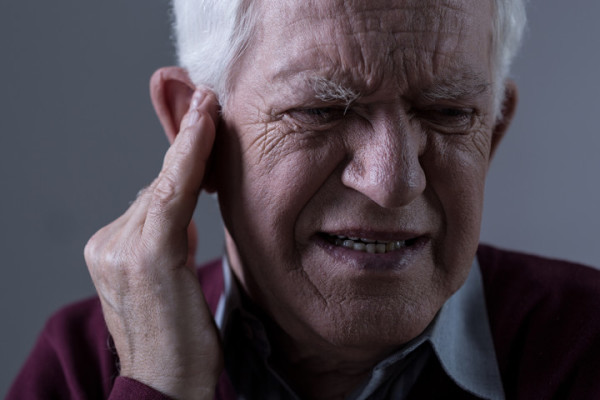 An estimated 50 million Americans suffer from tinnitus, which causes a person to perceive noise in one or both ears when no external sound exists. The noise can occur intermittently or persistently and can interfere with sleep and concentration, and has been linked with stress and depression. The condition is often a result of a problem with the inner ear, but sometimes the underlying cause in unknown.

There are three types of tinnitus:

Tinnitus sounds often originate from the inner ear. As you age, tiny sensory hair cells in the inner ear die off, or are damaged. This process may be accelerated by exposure to loud noises, poor cardiovascular health, and some medications, including aspirin and acetaminophen, diuretics, and antibiotics.

Middle ear infection symptoms and rare conditions that cause the ear bones to harden also may trigger tinnitus. Certain non-auditory conditions and lifestyle factors also are linked to tinnitus; among them: temporomandibular joint, or TMJ, disorders (which affect the hinge joint that attaches the jaw to the skull), depression, anxiety, insomnia, and muscular stress and fatigue. Tinnitus also can be the result of a head or neck injury.

While anyone can experience tinnitus, these factors may increase your risk:

Screening involves a review of your medical history and an examination of the outer and inner ear. Your doctor then may apply one or more of the following tests:

If a specific cause has been identified, addressing it may eliminate the problem. If not, one or more of these strategies may offer relief.

Published in 2016 and regularly updated.