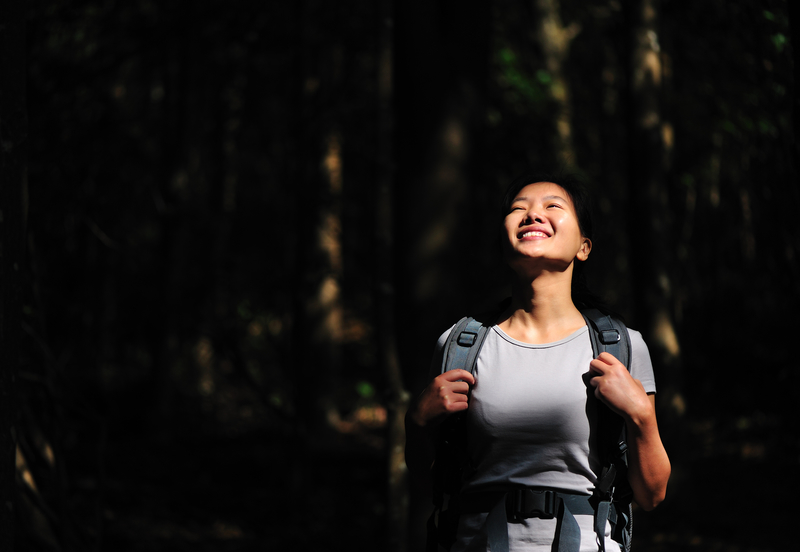 Managing COPD will require lifestyle changes that may involve diet, habits (avoid smoking and other lung irritants), and exercise. Getting fresh air via regular walking, jogging, bicycling, or hiking will pay off.

Chronic obstructive pulmonary disease (COPD) is a serious respiratory condition that currently has no cure. But COPD treatment can help manage COPD symptoms. Along with medications, which are usually inhaled, dealing with COPD also requires behaviors that support lung health.

COPD is actually a broad term used to describe two primary problems that make breathing difficult. For example, your airways and alveoli (air sacs in the lungs that fill up and empty with every inhalation and exhalation) may lose some elasticity, or the walls between the alveoli may become damaged. Both of these occurrences make it difficult to expel air, and thus make it difficult to bring in air. This condition is known as emphysema, one of the main diseases under the COPD umbrella.

The other condition that contributes to COPD is chronic bronchitis. It means the walls of your airways are inflamed and produce significantly more mucus than usual.

Emphysema and bronchitis both mean less air is moving in and out of your lungs. Many people have the two diseases, which is why COPD is probably a better term to describe their condition.

Unfortunately, there is no real cure for COPD. But there are some means of controlling symptoms and preserving some quality of life.

The main medications used in COPD treatment are bronchodilators. These medicines come in long-acting (12 hours at least) and short-acting versions (four to six hours). Their main job is to help the muscles around your airways relax so you can breathe more easily.

The short-acting inhalers for COPD are generally used on an as-needed basis for cases of mild COPD. The long-acting bronchodilators are usually used daily, and are for people whose COPD severely restricts their lung capacity every day.

Severe COPD may also warrant the use of a glucocorticosteroid along with a bronchodilator. These types of inhaled steroids help reduce inflammation in the lungs, but aren’t usually inhaled alone.

The right COPD treatment for you will depend on the severity of the disease and any other health issues you may be facing.

Most importantly, you must stop smoking if you currently smoke.

Smoking is the single greatest cause of COPD and other respiratory problems. If you have tried unsuccessfully to quit, remember that the average smoker requires several attempts before giving up cigarettes permanently. Nicotine replacement products and therapy, either in person (group or individual) or through a smartphone application, are proven to be effective aids in helping smokers quit.

You should also try to avoid areas with second-hand smoke or other lung irritants, such as dust, air pollution or chemical fumes.

Eating a healthy diet, such as the Mediterranean-style eating plan, will help provide you with the necessary nutrients for better health. You should talk with your doctor about your nutritional needs and any other adjustments you may need to make as someone with COPD. You may need to eat smaller, but more frequent meals, for example. (See also our post “Is There Such a Thing as a COPD Diet?“)

Part of your COPD treatment may require more rest and exercise, too. You may benefit from participating in pulmonary rehabilitation, which is a supervised program of exercise and education about living with a respiratory condition such as COPD.

Your ability to exercise may be compromised, due to breathing difficulties brought on by COPD. Learning how to breathe correctly while exercising, and knowing how to work out safely will be extremely important as you move forward.

Properly using inhalers for COPD, living a healthier lifestyle, and avoiding lung irritants should help you breathe a little easier in the near future. You’ll also need to see your doctor regularly to find out whether your COPD treatment plan is working and to note changes in your condition.

COPD is a challenging health problem, but it’s one that can be managed for many years if you’re willing to follow your doctor’s advice and take the steps necessary to preserve your respiratory health.