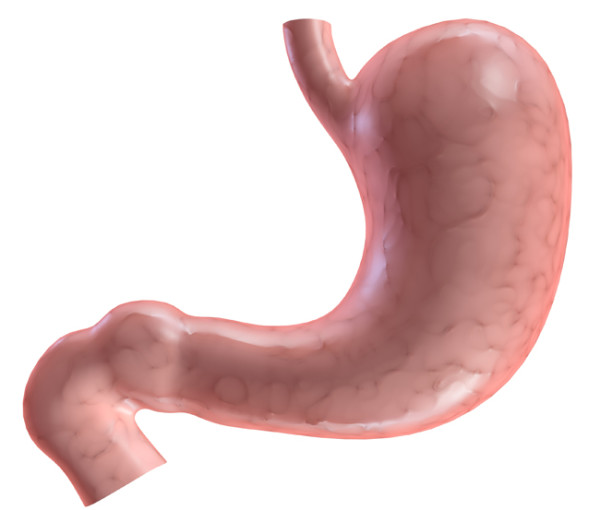 The stomach: Central to digestion but also susceptible to cancer. What are your risk factors and what are the warning signs?

Many years ago, stomach cancer was among the most lethal forms of cancer in the United States. Today, though, the disease is less common in the U.S., although it remains a leading cause of cancer death in less developed parts of the world.

Stomach cancer often begins as precancerous changes in the stomach lining and tends to grow slowly over many years, occurring most often in older adults (the majority of people with stomach cancer are over age 65). And, in most instances, it provides only vague clues, or no hint whatsoever, about its presence, so by the time you experience stomach cancer symptoms, the disease may be more advanced.

Nevertheless, it’s important to seek a medical evaluation if you experience stomach cancer signs, especially if they’re persistent. What’s equally important is to understand your risk of stomach cancer and do what you can to reduce it.

Since the signs and symptoms of stomach cancer generally do not appear until the disease has progressed, only about 20 percent of stomach cancers are found in an early, more treatable stage, according to The American Cancer Society.

When symptoms do occur, they may be easily mistaken for other, noncancerous conditions. Stomach cancer symptoms may include:

Stomach cancer usually originates in the stomach’s innermost layer, the mucosa. As the cancer progresses, it may grow into the stomach’s muscular middle layer (muscularis propria) and advance to its outermost layer (serosa). Eventually, the cancer may grow through the stomach wall and spread to nearby organs, or attack adjacent lymph nodes and travel to other organs in the body.

As the cancer progresses, it may cause more significant symptoms:

If any of these symptoms persist, see your doctor to find the cause. Your physician may refer you to a gastroenterologist, a digestive disease specialist, who will perform an upper endoscopy to search for cancer. In this procedure, the doctor threads a thin, flexible tube (endoscope) down your throat. The lighted scope contains a camera that allows the physician to examine your stomach, as well as your esophagus and part of your small intestine. In some cases, a small device may be placed at the end of the scope to take ultrasound images of the layers of the stomach wall.

If your doctor finds any suspicious areas, he or she may thread special instruments down the endoscope to retrieve small biopsy tissue samples for examination. Blood tests or imaging studies—such as X-rays, computed tomography, or magnetic resonance imaging—may be necessary in some cases to diagnose stomach cancer.

Given that stomach cancer symptoms may not appear until the disease has progressed, be sure to understand your risk of the disease and work to minimize it.

Stomach cancer is more common among men and people with a parent or sibling who has had the disease. Research also suggests that diets high in salted or smoked foods or red meat may increase the risk of stomach cancer. To help reduce your risk, minimize your consumption of these foods and increase your intake of fresh fruits and vegetables. Try to get the bulk of your daily protein from more healthful sources, such as fish, poultry, and beans, instead of red meat or processed meats, such as sausage, bacon, and deli meats.

Smoking increases the risk of stomach cancer about twofold, especially cancers that form in the upper part of the stomach, according to the ACS. If you smoke, talk to your doctor about ways to quit.

People who have had part of their stomach removed to treat gastric ulcers or other non-cancerous stomach conditions may face an increased risk of stomach cancer years later. In addition, several medical conditions have been identified as risk factors for stomach cancer:

Similarly, a number of inherited cancer syndromes may increase the risk of stomach cancer, including familial adenomatous polyposis (characterized by the development of many polyps in the colon) and Lynch syndrome (a genetic disorder associated with a greater likelihood of colon, stomach, and other cancers).

Routine screening for stomach cancer is generally not recommended for people at average risk of the disease. However, if you have genetic and other factors that place you at increased risk of stomach cancer, ask your physician if you should be screened.