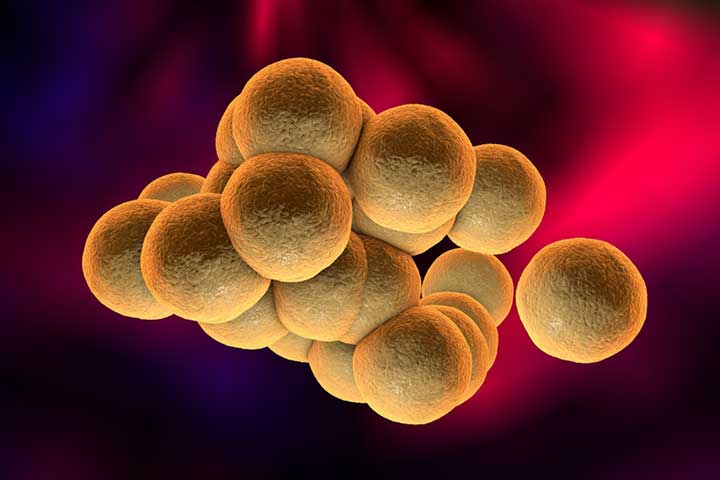 A staph infection can spread to the blood, bones, joints, and organs in the body, including the heart and brain.

The Staphylococcus bacteria most frequently cause skin infections but can also be responsible for:

Staph bacteria can be found on the human body—most commonly on the skin and in the nose. About 30 percent of us have the bacteria, according to the Centers for Disease Control and Prevention (CDC). The bacteria are harmless, until they end up in a scratch or wound.  When that happens, a staph infection develops.

Medline Plus says that your risk of contracting a staph infection increases if you:

Staph infection is often a problem in athletic programs, partially due to the frequent skin-to-skin contact. Staph infections are contagious.  In fact, if the bacteria are on a towel or clothing, it can spread to the next person who touches it. Professional football players Daniel Fells (Giants) and Lawrence Tynes (Buccaneers) each experienced a career-ending staph infection that developed into MRSA (methicillin-resistant Staphylococcus aureus), a dangerous antibiotic-resistant staph infection.

The U.S. National Library of Medicine advises that you can reduce your risk of a staph infection if you:

A staph infection usually is diagnosed by visual examination by the physician and a culture of the blood or pus in the wound. The physician may also use a cotton swab to gather some nasal secretions, which are then cultured for evidence of the bacteria. The cotton-swab method commonly is used as a screening test for the bacteria, such as when you are admitted to a hospital.

Staph infections often abscess and are lanced and drained. A sample of the infected material is sent to a lab for a culture, which will indicate the drugs to which the sample is sensitive or resistant. With this information, the physician then chooses an antibiotic. Antibiotics can gain control of a staph infection and reduce the risk of recurrent infections.

A study conducted at the Southern Illinois University School of Medicine, published in the journal Clinical Infectious Diseases, evaluated 383 children (median age 3) with a staph infection that required incision and drainage.

Additionally, children who remained colonized with staph a month after initial infection were about twice as likely to experience a recurrent infection than those who did not have staph on their skin. That’s 101 children (60 percent) compared with 54 children (30 percent).

“There have been conflicting data about the benefit to antibiotics in minor staph infections,” said the study’s senior author, Stephanie A. Fritz, MD, a Washington University associate professor of pediatrics in the Division of Infectious Diseases. “It is definitely important to surgically remove pus from the infection site, but also giving antibiotics means that the child will be less likely to see a doctor again in several months for another staph infection.”

Although it seems counterintuitive, prescribing antibiotics for a minor staph infection helps reduce antibiotic resistance, says the study’s first author, Patrick Hogan, a clinical research specialist at the School of Medicine. “Using antibiotics judiciously to treat staph infections eliminates staph colonization and prevents more infection from occurring in the future,” he said. “This reduces the overall burden of the staph germ on the environment and people, which results in less recurrence and, therefore, less antibiotic use.”

The study primarily evaluated the antibiotics clindamycin and trimethoprim-sulfamethoxazole (TMP-SMX). Of the two drugs, clindamycin was the most effective at eliminating staph colonization and preventing recurrent infection. Why clindamycin was superior to other antibiotics is unknown and warrants further study, Hogan said.