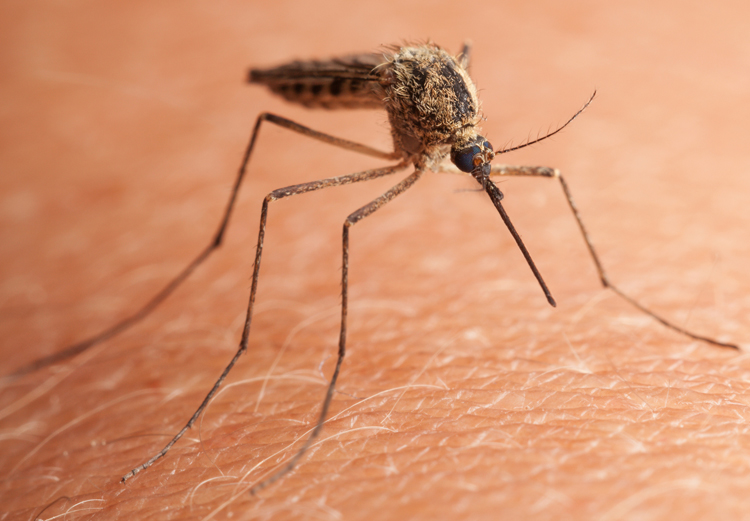 Just looking at it makes you feel itchy—and anxious to get your hands on the best mosquito bite remedy.

They’re masters of sneak attacks: tiny, almost weightless mosquitoes that—as all of us know from experience—can land, jab, and start sucking blood before we know what hit us. More often than not, they’re just quick enough to avoid our fastest slaps. And what do they leave behind? Saliva—enough of it to produce an allergic reaction (see “Science of Mosquito Bites” sidebar). And, of course, the area where a mosquito jabbed us and left that saliva becomes irritatingly itchy, leaving us to seek out the most effective mosquito bite remedy.

Nowadays, those bites also leave the nervous types among us wondering if we’ve just been injected with a more serious mosquito-borne virus—Zika, dengue, or chikungunya, for example.

Mosquito viruses are part of a “growing public health problem” in the United States, according to the Centers for Disease Control and Prevention (CDC). The number of people being infected by diseases transmitted by mosquitoes as well as ticks and fleas— referred to as “vector-borne diseases”—have more than tripled in the United States, per reported cases, between 2004 and 2016.

The CDC has a special Division of Vector-Borne Diseases (DVBD) charged with reducing illness and death from diseases spread by mosquitoes, ticks, lice, and fleas.

On the mosquito side of things, Zika was a headline-grabbing concern three years ago but has subsided since then. Even so, according to Dr. Paul Mead of the DVBD, we still need to take precautions to avoid Zika, particularly if traveling to overseas nations. (Note: Zika also can be spread through sexual contact.) 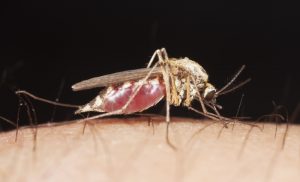 As a female mosquito feeds, she leaves saliva at the point of injection, causing the reaction that results in itching and swelling. (Photo: © Henrikhl | Dreamstime.com)

Most mosquito bites, however, are harmless—unless you don’t consider the maddening itchiness that follows to be harmless. Indeed, the allergic reaction most of us experience can result in swelling, from minor bumps to big welts. And the itching can be a minor annoyance or a big enough pain to send us to the drug store in search of topical itch-relief ointments.

The swelling of a mosquito bite starts when the insect’s proboscis, a straw-like part, penetrates our skin. Our body recognizes the insect’s saliva as a foreign substance and prompts a flush-and-remove response from our immune system.

It’s the saliva that produces the trademark swelling and itching we experience. The National Center for Families Learning (NCFL) describes the process this way: “With her proboscis underneath your skin, a female mosquito searches for a blood vessel. When she finds one, she releases saliva into the wound. Mosquito saliva contains a substance—called an anti-coagulant—that keeps your blood flowing so she can quickly get her fill of your blood. While you might not immediately realize when you’ve been ‘bitten’ by a mosquito, your body’s immune system is fully aware of what’s going on. It detects the presence of the mosquito saliva and tells your body to produce a substance called histamine to fight it.”

A May 2018 published by PLOS researched mosquito saliva in order to find out more about our allergic reactions. The authors’ summary reflects the finding that mosquito bites have a more pronounced affect—and that our reaction can last longer—than what scientists have long thought. The researchers’ summary tells the story:

“Mosquito saliva proteins have numerous effects on the immune system, and we describe here the use of mice with a humanized immune system to study the effects of mosquito bites on human cells. Our results show that the number of immune cell types affected is much larger than previously described, and some immune responses to mosquito bites can be detected up until seven days post-bite.

“The biological significance of these changes remains to be determined, but it might explain how some pathogens, such as viruses, can spread through the body in these cells, replicate to higher extents, and even remain in some tissues for far longer than detected in blood.”

If there’s any good news about mosquitoes, it’s that they don’t live particularly long lives. A male mosquito’s lifecycle can be as short as 10 days; for females, it’s typically six weeks. Of course, that’s plenty long enough to leave behind countless eggs that hatch into new generations of mosquitoes.

We tend to equate mosquitoes with the hot summer months, but it actually begins in the spring and extends well into autumn. Climate change, according to the CDC, may be at play. Higher temperatures and longer warm-weather seasons result in a longer mosquito season—and a proliferation of mosquito bites.

As such, we need to be prepared when we’re outdoors in non-winter months. The U.S. Environmental Protection Agency recommends these six steps to avoid becoming a mosquito meal:

Also, stay away from mosquito breeding grounds—still ponds and pools, for example. Keep your home’s outside area free of containers with standing water, which can accumulate in bird baths, pails, and other types of containers. And remember that mosquitoes are most active at dawn and at dusk.

Believe it or not, humans are learning from the mosquito: The insect is pointing us in a new direction for the improvement of the needles we’ve long used for shots and “jabs.” Researchers at The Ohio State University, as reported at Science Daily in June 2018, are touting a “painless microneedle for medical purposes” based on the mosquito’s distinctive design.

“Mosquitoes must be doing something right if they can pierce our skin and draw blood without causing pain,” said Bharat Bhushan, Ohio Eminent Scholar and Howard D. Winbigler Professor of mechanical engineering at Ohio State. “We can use what we have learned from mosquitoes as a starting point to create a better microneedle.” 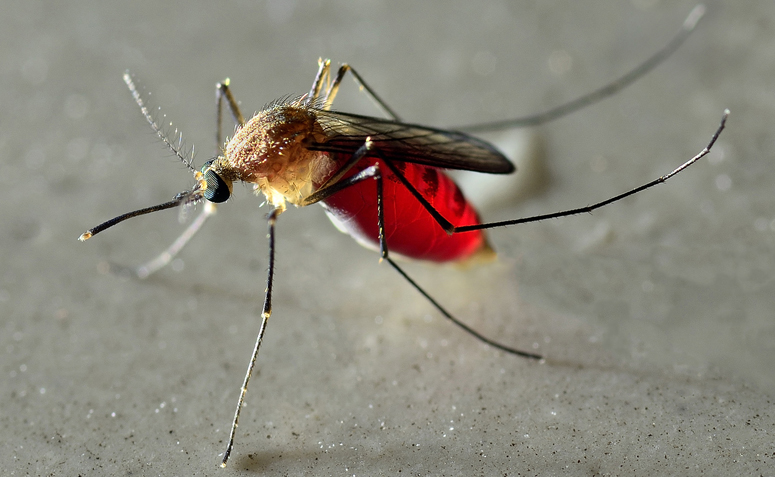 The mosquito’s proboscis—the stinger extension of its mouthparts—is inspiring the development of a microneedle for humans, according to Science Daily. (Photo: © Niteen Kasle | Dreamstime.com)

Bhushan and his colleagues detailed their analysis of the mosquito’s proboscis—the part that feeds on us—in a recent paper. They identified four keys to how the insects pierce us without pain:

“We can incorporate all of these elements into a microneedle design,” Bhushan said. “Right now, needles are very simple. There hasn’t been much innovation and we think there’s a way to try something different.”

Would a microneedle design help ease fears in children (and adults) who cringe when they see a needle? Brushan would love to find out: “We have the materials and knowledge to create a microneedle like this,” he said. “The next step is to find the funding support to create and test such a device.”