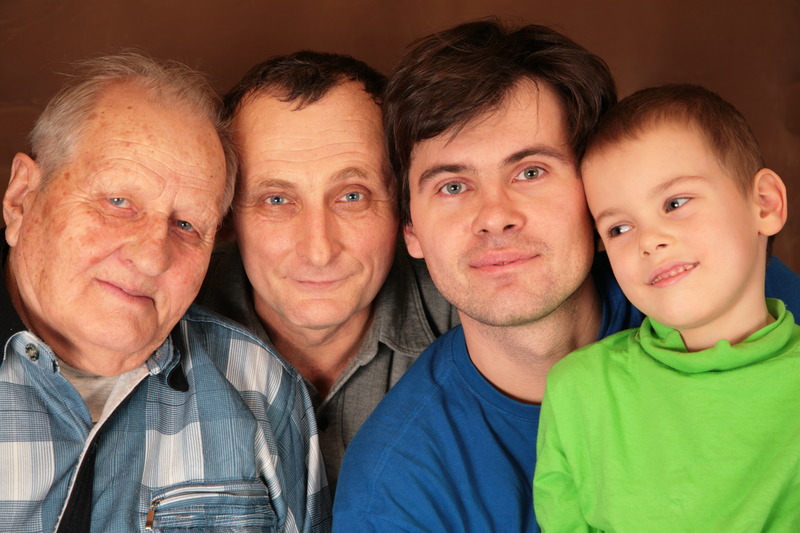 Is prostate cancer hereditary? A number of factors—some known, some not yet discovered—can factor into the equation.

For many types of cancer, having a family history of the disease places you at a greater risk of developing the cancer yourself. So, if you’re a man with a close relative who had prostate cancer, you might be bothered by a lingering question: Is prostate cancer hereditary?

No one knows for sure what causes prostate cancer, but researchers have identified several genetic factors linked to increased prostate cancer risk. And, recent research provides an estimate of how great the risk of prostate cancer is in men with a family history of the disease.

According to the American Cancer Society, your personal risk of prostate cancer doubles if your father or brother had the disease, and it’s even greater if several of your relatives had it, particularly if they were young when they were diagnosed.

So, is prostate cancer hereditary? The answer may lie in the dozens of genetic mutations, or variants, that have been associated with varying degrees of prostate cancer risk, as well as the additional suspect genes that are being researched. Having one of these genetic defects does not mean you will get prostate cancer, but it does increase the likelihood, which is probably why some families have a history of prostate cancer.

For instance, if a woman in your family developed breast cancer caused by mutations in the BRCA1 and BRCA2 genes, you may face a greater risk of prostate cancer. Moreover, some evidence suggests that men with BRCA-related prostate cancers, especially those tied to BRCA2, are more likely to present with more advanced and aggressive disease, and they also might have worse survival outcomes after prostate cancer surgery.

In one study, researchers found that 8 percent of men with BRCA1 mutations and 5 percent with BRCA2 mutations were diagnosed with prostate cancer, rates higher than those in the general population (American Urological Association 2017 Annual Scientific Meeting).

Another analysis found that 71 percent of BRCA2 prostate cancer patients presented with higher-risk disease at the time of their diagnosis, had poorer survival rates, and were four times more likely than men without the genetic mutation to present with metastatic disease (American Urological Association 2016 Annual Scientific Meeting).

Some evidence suggests that an inherited genetic condition, Lynch syndrome, which has been linked to a greater risk of colorectal cancer and several other malignancies, also may be associated with a higher risk of prostate cancer.

Keep in mind that these inherited genetic disorders account for a relatively small percentage of prostate cancers—about 5 to 10 percent, according to the American Cancer Society. Still, if you have a strong family history of prostate cancer or any of these genetic abnormalities, it’s especially important to talk to your doctor about your individual risk of the disease and your need for earlier and more intensive prostate cancer screening.

Scientists continue to pursue answers to the question “Is prostate cancer hereditary?” but in the meantime, men can take lifestyle steps to reduce their risk. For advice, visit our post How to Avoid Prostate Cancer.

For information on prostate cancer risks, symptoms, and stages, please visit these posts: