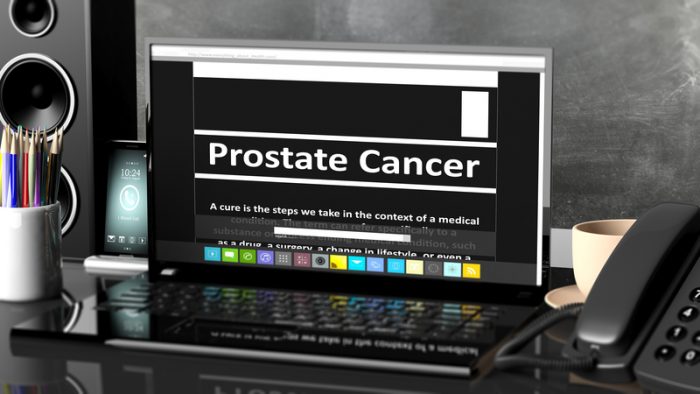 If you’re undergoing regular screening, chances are that any prostate cancer you have will be identified at an earlier stage, when your likelihood of a cure is greater. According to the Prostate Cancer Foundation, the cure rate for men with low-risk prostate cancer is nearly 91 percent, thanks, in part, to today’s modern treatments. And, because prostate cancer often grows slowly, you might not require treatment right away.

Although any cancer diagnosis is scary, don’t rush into treatment. Rather, think through your many options, gather all the information you need, and talk to multiple specialists about the available treatments, their risks, and possible outcomes.

These days, the key question facing many men is not, “Can prostate cancer be cured?” Rather, it’s, “Do I need immediate treatment for my disease?” More and more, experts are recommending that men with “very low-risk,” “low-risk,” and, in certain cases, “intermediate risk” prostate cancer choose active surveillance as an initial management strategy.

At the same time, active surveillance can be challenging psychologically, and it requires you to accept the idea of having an untreated cancer inside you. Some studies have shown that upwards of 90 percent of men who would be candidates for active surveillance choose curative treatment instead.

In fact, deferring aggressive treatment with active surveillance is not “doing nothing.” You still have to return to your doctor regularly for blood tests, digital rectal exams, and, possibly, biopsies to keep close tabs on the disease. You also have to pay close attention to any potential symptoms. If your cancer shows signs of progression, you can still undergo curative treatment before the disease becomes life-threatening.

Can Prostate Cancer Be Cured Surgically?

By surgically removing the prostate, you eliminate the source of prostate cancer and, potentially, everything that is, or could become, cancerous. This surgery, known as radical prostatectomy, is one of the most common treatments for prostate cancer.

Today, most of these procedures are done in a way that attempts to spare the nerves that control your bladder function and erections. More surgeons today are performing robot-assisted radical prostatectomy, in which the surgeon makes several small incisions and uses three or four robotic arms to do the work. The robotic arms eliminate hand tremors and provide extremely fine control for precise surgical instrument movement inside the body.

Overall, surgery is more likely than radiation to cause urinary and sexual problems early on, but research suggests the difference in risk narrows over time. Most men lose control of their ability to urinate after surgery, but urinary problems gradually improve in the vast majority of men. Estimates of post-prostatectomy impotence vary—from about 20 to 70 percent—according to different studies.

In a major trial known as ProtecT, radical prostatectomy—compared with radiotherapy and active surveillance—had the greatest negative effect on sexual function, particularly at six months, and also had a more significant effect on urinary continence over a six-year period. And, “although there was some recovery, these outcomes remained worse in the prostatectomy group than in the other groups throughout the trial,” the investigators reported (New England Journal of Medicine, Oct. 13, 2016).

Other complications may arise. Radical prostatectomy results in anejaculation (no ejaculation during orgasm), which prevents men from fathering children in the usual way. The surgery also may cause urine leakage during orgasm, declines in penile length (especially in men with larger prostates), and, less commonly, curvature of the penis (Peyronie’s disease).

If your cancer is confined to your prostate, radical prostatectomy probably will cure it. For those whose cancer has spread, surgery can help, although you also might need additional treatment, such as radiation, to eliminate all the cancer.

The other primary curative treatment for prostate cancer is radiation, administered via external-beam radiation therapy (EBRT) or brachytherapy. Studies suggest that both radiation modalities and surgery are equally effective at eradicating prostate cancer. And, advances in radiation therapies have made them more convenient for patients.

EBRT uses powerful x-rays to attack prostate cancer. Traditional prostate cancer EBRT required patients to visit a treatment facility five days a week for about two months. Today, some centers are using hypofractionated radiation regimens, which reduce the duration of treatment to as little as a week-and-a-half.

Newer methods of EBRT help specialists target the cancerous prostate tissue more precisely with higher radiation doses while minimizing damage to surrounding tissues, such as the rectum. Nevertheless, rectal side effects—such as diarrhea, rectal bleeding, and painful or difficult bowel movements—can occur. A newer technology, SpaceOAR, which uses an injectable hydrogel to push the rectum away from the prostate, can help reduce these side effects.

Medical advances continue to give more clarity to the question “Can prostate cancer be cured?” In the meantime, men can take lifestyle steps to reduce their risk. For advice, visit our expert’s post How to Avoid Prostate Cancer.

And for further information on prostate cancer risks, symptoms, and stages, please visit these posts:

In brachytherapy, a doctor places, on average, about 100 radioactive seeds into the prostate. At some medical centers, patients undergo a planning ultrasound a few weeks before the brachytherapy procedure, but at other locations, the ultrasound and seed implantation are done the same day.

Brachytherapy can deliver a higher dose of radiation compared with EBRT, and since the radiation emitted from the seeds travels only a few millimeters, it is less likely than EBRT to affect structures such as the rectum, thus hopefully minimizing rectal complications.

Still, both radiation treatments can cause impotence—sexual function generally is preserved initially but often declines over time. Also, brachytherapy—and, to a lesser extent, EBRT—can cause urinary side effects such as increased urinary urgency and frequency, and slow urine flow. Consequently, radical prostatectomy may be a better option if you have obstructive urinary symptoms due to benign prostate enlargement (BPH).

So, can prostate cancer be cured?

The answer, in many cases, is yes, but to optimize your outcomes, you need a thorough review of all your treatment choices, including active surveillance. Get several opinions from multiple specialists (including urologists and medical and surgical oncologists), carefully review the risks and benefits of each option, and then decide on the treatment that’s best for you.