Home » Daily » Cancer » Getting a Biopsy: 8 Things You Need to Know 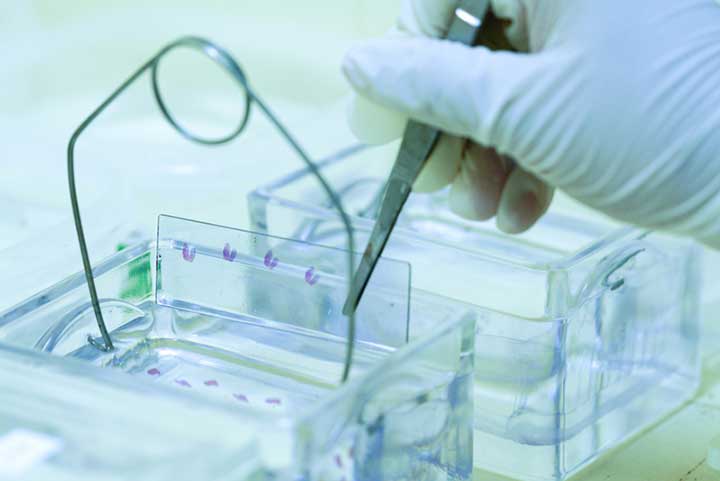 Most biopsies are performed on an outpatient basis with minimal preparation.

People are understandably concerned when told they need a biopsy. What is a biopsy? What is the purpose? How is it performed? Who does it? Where? Does it hurt? What are the risks? What will the results mean? What happens next? Here are the answers to those questions and more.

What Is a Biopsy?

Don’t panic if your doctor orders a biopsy. It’s simply a procedure to remove a small tissue sample so it can be examined.

Sometimes a biopsy indicates the presence of cancer or other diseases, but not always. For example, 80 percent of women who have a breast biopsy do not have breast cancer, according to the National Breast Cancer Foundation.

Even when a biopsy does indicate cancer, detection at an early stage is a good thing. Early and accurate detection may lead to treatment and perhaps a cure. Ninety-nine percent of melanoma cases are cured with early detection via a biopsy and evidence-based treatment.

What Kinds of Conditions Might Be Detected by a Biopsy?

Biopsies can be performed on almost any organ, including the bladder, heart, neck, prostate, or glands, according to the American College of Radiology. Here are some specific examples:

How Is a Biopsy Performed?

The three methods of obtaining a tissue sample are excisional, incisional, and needle aspiration. An excisional biopsy involves removing an entire lump or tumor.

During an incisional biopsy, a portion of a lump, growth, or mass is removed. The tissue can be scraped, shaved, or punched (cut out with a tiny medical equivalent of a cookie cutter).

A fine needle aspiration biopsy is a procedure in which a thin, hollow needle is used to collect small amounts of tissue from a suspicious area. A core needle biopsy uses a larger needle to remove a larger sample.

Vacuum-assisted biopsies use a suction device to collect tissue through a specially designed needle.

In an increasing number of cases, image-guided biopsies are performed. They use ultrasound, x-rays, fluoroscopy (continuous x-ray images on a monitor), computed tomography (CT scans), and magnetic resonance imaging (MRI) to locate tissues deep inside the body. The type of imaging used varies with the location and nature of the tissue to be examined.

Who Performs a Biopsy? Where Is it Done?

Most biopsies are performed on an outpatient basis with minimal preparation. Depending on the type of biopsy, the part of the body, the equipment required, and the training of the physician, a biopsy can be performed in a doctor’s office, a surgical center, or a hospital. The doctor might be a surgeon, radiologist, oncologist, gastroenterologist, dermatologist, gynecologist, or a family practice physician.

Your doctor will give you instructions about how to prepare for a biopsy, if any special preparation measures are needed. In the case of a fine needle biopsy performed in a doctor’s office, no preparation at all is required.

Does a Biopsy Hurt?

You may feel uncomfortable during a biopsy, but it won’t be painful. Some form of anesthesia will block the pain signal caused by the procedure. It ranges from local anesthesia (deadening an area of skin, for example, by a dermatologist), conscious sedation (a combination of medicines to help you relax and block pain), or general anesthesia, which would be used during a major surgical procedure.

What Are the Risks of a Biopsy?

Biopsies are generally safe, but as with any invasive procedure, risks include bleeding, infection, and accidental injury to adjacent structures.

What Will the Results of a Biopsy Show?

You might get the results within a few hours of a biopsy procedure, but it usually takes two or three days. A more complicated analysis could take seven to ten days, according to the American Society of Clinical Oncology.

What Happens After a Biopsy?

When your physician gets the report, he or she will discuss it with you and recommend what to do next. If treatment is needed, options include “watching and waiting,” conservative methods (diet, medications, lifestyle changes), aggressive measures such as radiation or chemotherapy, and surgery.

Try not to let your imagination run wild in anticipation of a biopsy. It’s just a test, not a disease. The results can confirm that you are okay, identify a problem that needs to be addressed, or become the first step toward being well again.