Home » Daily » Digestive Health » Hiccups: What Causes Them and How to Get Rid of Them 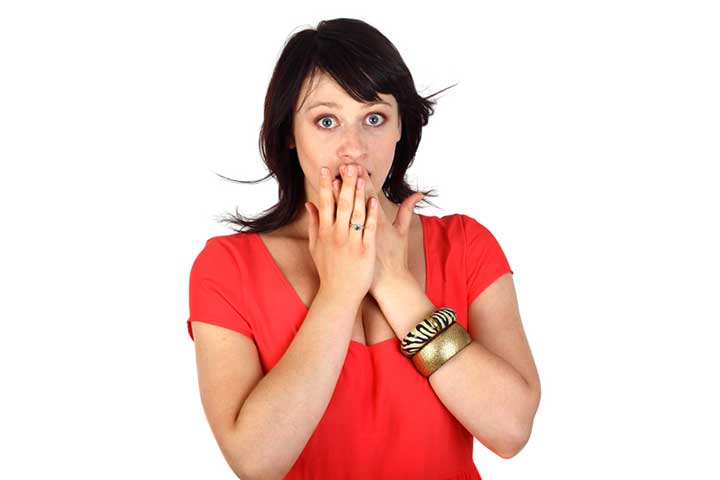 Prolonged hiccups can interfere with your speech, appetite, and sleep habits.

They occur out of the blue and make a funny noise, but they’re also annoying and, sometimes, even painful. Everyone gets the hiccups from time to time, but why do we get them and how do we stop them?

There isn’t a lot of medical research on the topic of hiccups, but experts seem to generally agree on why they occur and how they can affect our health. You may even be surprised to know which old wives’ tales for getting rid of them work and which ones don’t. But we before we address that topic, let’s discuss what hiccups are and why we get them.

What Is a Hiccup?

A hiccup is an involuntary reflex that occurs in your diaphragm. Each contraction of your diaphragm is followed by a sudden “glottic closure,” which produces a “hiccup” sound. Most of the time, hiccups will disappear after a few minutes, but, in rare cases, it could last for days, weeks, or even months.

Medical experts believe the hiccups can occur when the diaphragm becomes irritated, which forces you to suddenly swallow air that hits your vocal cords. The space in the throat near the vocal cords, known as the epiglottis, snaps shut as a result. Irritation of the diaphragm could be caused be the following:

Men are more likely to develop long-term hiccups than women, while infants and children get the hiccups more often than adults.

How to Get Rid of Your Hiccups

While your hiccups will mostly likely disappear on their own after a few minutes, sometimes they stick around longer than you can tolerate, so you may start looking for ways to stop them.

Your mother may have told you to hold your breath, or your sibling may have tried to scare you to get them to stop, but those methods aren’t medically proven to work. Your doctor may recommend one or more of the following tips to try to get rid of your hiccups, although there’s no guarantee that all of them work on everyone: 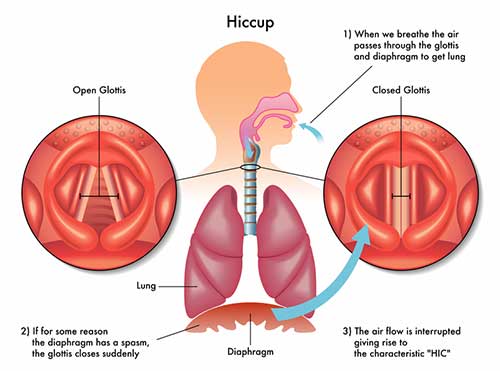 When to Get Treatment for Your Hiccups

It’s quite rare, but sometimes the hiccups can last longer than a few minutes or hours. While there’s no need to panic, sometimes hiccups are a sign of a serious medical condition, such as nerve damage, central nervous system disorder, kidney disease, mental illness, alcoholism, and diabetes. Undergoing general anesthesia during surgery has also been known to cause the hiccups.

Causes such as these may require testing followed by treatments, such as prescription medication and, possibly, surgery. So, if your hiccups last more than two days and they aren’t responding to any home remedies, consult your doctor. While hiccups themselves aren’t life-threatening, the underlying conditions may be. Plus, prolonged hiccups can interfere with your speech, appetite, and sleep habits.

While the hiccups can sneak up on you every so often for no apparent reason, there are a few steps you can take to prevent them from occurring frequently: