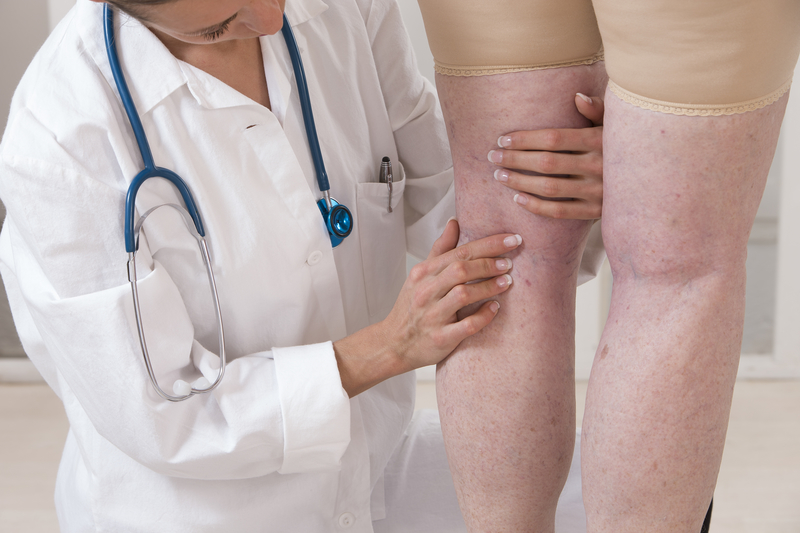 Sclerotherapy essentially closes these veins, making them less visible and reducing your risk of complications that may develop due to the veins.

If you have unsightly varicose veins, self-help strategies—such as weight loss, physical activity, not standing up for long periods of time, elevating your legs when sitting down, and wearing compression stockings—can sometimes mitigate their appearance. However, if these approaches don’t help, and if you’re bothered by the appearance of your veins or find them uncomfortable, there are several minimally invasive options for treating them. One of the most popular approaches is sclerotherapy, which is particularly effective at treating smaller varicose veins. Sclerotherapy can also be used to treat spider veins, which are clusters of tiny blood vessels that develop just under the surface of the skin.

Sclerotherapy works by directly targeting varicose veins, which can develop due to a range of reasons, including age and pregnancy. They are more common in women, and it is thought that the hormone estrogen may play a role in their development. You are more likely to develop varicose veins if you take hormone replacement therapy drugs. Obesity and prolonged standing also increase your risk, and the condition tends to run in families.

Your veins have valves that close to stop blood from flowing backward instead of flowing towards your heart. These valves usually work efficiently when you are younger, but as you age they may become weaker due to the wear and tear caused by continually opening and closing for many years. Eventually, the valves can leak and allow blood to flow in the wrong direction, back towards your feet. The blood pools in the veins in your lower extremities, and this causes the veins to become larger than normal, and assume a gnarled, knotted appearance.

Sclerotherapy essentially closes these veins, making them less visible and reducing your risk of complications that may develop due to the veins.

In sclerotherapy, a special solution is injected into the veins (a foam version of the solution may be used if the vein is large). The solution causes the vein walls to swell and stick together, and the blood to coagulate. The vein then collapses and is no longer visible.

You don’t need to have an anesthetic for sclerotherapy, and the procedure can be done in your dermatologist’s office. He or she may use ultrasound to guide the needle. You may feel a burning sensation from the solution, but most people who have sclerotherapy report feeling nothing bar the pinch of the injection and some residual tenderness afterwards (you also may develop some bruising in the area).

What to Expect After Sclerotherapy

You will probably be advised to wear a compression stocking for a couple of weeks following your sclerotherapy procedure, and it’s also important to stay mobile, though your doctor may advise you to avoid strenuous physical activity. Try not to expose your treated leg to strong sunlight after sclerotherapy, since the sun can cause dark patches to develop on treated skin.

It’s very unusual for people to suffer complications following sclerotherapy, but some people notice clusters of visible blood vessels near the area where the varicose vein was. If this happens to you, don’t panic—these blood vessels usually fade. It’s also possible for the injection to introduce tiny air bubbles into your bloodstream, and these may cause headaches, nausea, and fainting. Report these symptoms to your doctor if they occur.

It’s rare to develop serious complications—such as a blood clot—after a sclerotherapy procedure, but it is possible, so stay alert for symptoms that can indicate a blood clot, such as swelling and discomfort in your leg, difficulty breathing, and/or chest pain. If you develop these symptoms, call 9-1-1 or ask somebody to take you to the local Emergency Department.

Other Uses for Sclerotherapy

Sclerotherapy is also a treatment approach for a condition called hydroceles, which typically affects the testicles and causes fluid to build up.

Sclerotherapy is best at treating mild-to-moderate varicose veins. If your varicose veins are prominent, your doctor may recommend ablation or a procedure called phlebectomy.