Home » Daily » Memory » “Exergaming”: Can It Boost Your Brainpower? 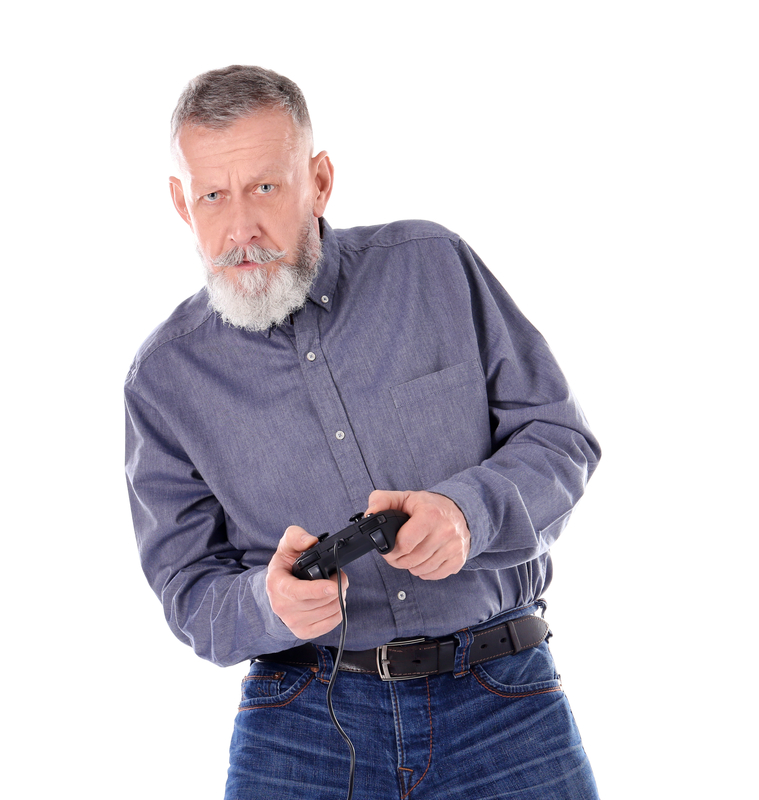 Combining physical exercise with video games can help boost motivation when it comes to getting enough physical activity, but “exergaming” isn’t just for kids—it may benefit adults, too. In a recent small study, older adults with mild cognitive impairment (MCI) who played exergames—video games that double as exercise—experienced improvements when it came to certain complex thinking and memory skills.

MCI is most common in people over age 55, and by age 65, 15 to 20 percent of the population has signs of the condition, according to the Alzheimer’s Association. For some people, MCI is tiresome but not serious enough to affect their ability to care for themselves and enjoy a good quality of life. But in others it can be a precursor of Alzheimer’s disease (AD).

In fact, a 2013 review of 32 studies found that about 32 percent of people with MCI develop AD within five years. Much research is currently focused on finding interventions that might slow the debilitating effects of MCI on these individuals, since delaying the onset of AD by even just a few years could dramatically reduce its prevalence in the United States and globally.

The study mentioned above targeted older adults diagnosed with or at risk for MCI. Over six months, 14 seniors, average age 78, were assigned to either pedal along a virtual reality bike path several times a week, or pedal through a busy scenic landscape while playing a high cognitive-demand video game that included chasing dragons and collecting coins.

The participants underwent standard cognitive tests prior to the intervention, at the baseline, at three months, and at six months. At these assessments, they also filled out questionnaires asking about their self-perceptions related to their memory, concentration, and everyday function.

Participants who were willing also had their levels of certain biomarkers checked, along with imaging scans to monitor any changes in their brain volume.

And the Results of Exergaming Research…?

At the end of the trial, the results were compared against data collected from two “control” groups—one made up of a separate group of seniors who played video games on a laptop but did not pedal, and the other a group from a previous study by the same research team, who rode a traditional stationary bike with no gaming component.

Participants in the group that pedaled along a virtual bike path and the group that chased dragons and collected coins reported better executive function than the control groups. Executive function is the ability to organize and regulate thought processes, and it aids you with multi-tasking and decision-making. Preparing a meal requires executive function; it enables you to cook two things on the stove at once and ensures you don’t forget that you also have something roasting in the oven.

Benefits for both groups were also seen for verbal memory (the ability to recall words and language) and physical function. Participants who rode the bikes more often experienced an increase in brain volume, and also had higher levels of a protein called brain-derived neurotrophic factor (BDNF).

Previous studies suggest that exercise increases BDNF levels: the protein is important for the growth and survival of neurons and plays a role in neuroplasticity—that is, the brain’s ability to form new neural connections that can compensate for damage due to disease and injury.

It is believed that physical exercise can slow the progression of Alzheimer’s disease by triggering neuroplasticity. Mental activity also may help, but combining physical and mental challenges so that you undertake them simultaneously isn’t always easy.

It’s also important to keep in mind that such challenges are subjective. What might be considerable effort for one person might not be much of an effort for somebody else—for example, an older adult who is a skilled tennis player isn’t going to find tennis-based exergames as much of a challenge as somebody who has never played tennis.

Novelty is important in effecting change, so the key is to keep changing or increasing the challenge.

The study results are intriguing, but they need to be replicated with a much larger sample size. The latter would demonstrate whether any benefits seen depend on what subtype of MCI a person has—for example, more participants would clarify whether the intervention was beneficial for those with amnestic MCI, in which memory loss is the predominant symptom.

If you have grandchildren, you may have seen them playing video games on a special gaming console. However, “exergames” go beyond sitting on the couch and giving your hand-eye coordination a workout. Instead, they require you to get up and get physical by participating in virtual aerobics sessions, dance, sports, martial arts, balance-based activities, and other forms of interactive exercise. You can pace yourself, choosing a level of activity with which you feel comfortable, and can “compete” with yourself, the game, or even other people in a network of users.

An inexpensive gaming console, such as a PlayStation, XBox, or WiiFit Plus, can be used to play a range of exergames. The exercise bike used in the study cited in this post was the Expresso Fitness S3R Recumbent Exercise Bike. It’s expensive, but larger sports retailers carry similar bikes that are substantially cheaper—for example, the Game Rider, which can be linked to your television to display a virtual terrain and racetracks you compete on. Some treadmills, exercise bikes, and rowing machines at your local gym also likely incorporate simulation software that offers specific challenges.