People who quit smoking are still at increased risk of eventually being diagnosed with COPD.

The primary cause of COPD is smoking, but long-term exposure to air pollution, dust, or certain chemicals also may cause or contribute to it. Genetics and biological differences also may be involved.

A diet that is rich in fiber (from whole grains, whole fruits, vegetables, beans, brown rice, and nuts), and low in red meat, refined grains, and sugar may help keep the lungs healthy and reduce the chances of getting COPD for both smokers and nonsmokers. However, it is unknown whether changing fiber intake improves lung function in patients who already have COPD.

COPD most often affects people age 40 and older who have smoked a pack of cigarettes per day for 10 or more years. Pipe and cigar smoking also can decrease lung function and increase the chance of COPD, even in people who have never smoked cigarettes—so can smoking water pipes or marijuana.

Smokers who have a family history of COPD are at particularly high risk. For some people, exposure to secondhand smoke can cause respiratory symptoms and possibly COPD. Exposure to secondhand smoke in childhood appears to increase the risk for developing COPD in adulthood. In a 2016 study, middle-aged people whose mothers were heavy smokers (more than 20 cigarettes a day) were more than twice as likely to have lung impairment indicative of COPD than people whose mothers had not smoked.

People who quit smoking are still at increased risk of eventually being diagnosed with COPD. However, stopping smoking significantly reduces the chances of getting COPD, as well as other lung and heart diseases, and smokers with COPD who stop smoking slow the progression of their COPD. Smoking also increases the risk for lung cancer, but this risk declines when a person stops smoking, and continues to decline the longer they go without smoking.

The Risk of COPD for Marijuana and E-Cigarette Smokers

In recent years, there has been interest in understanding the possible lung effects of marijuana smoke inhalation, due to its increased use recreationally and medicinally. To date, there have been no conclusive studies. It seems unlikely that we will know for many years, given that the permanent effects of smoke inhalation take time to manifest. There is, however, some concern that marijuana smoking may increase the risk of cancer as well as COPD.

E-cigarettes were introduced in the United States in 2006 as a supposedly safe alternative to tobacco cigarettes. Despite the lack of long-term research, some studies suggest these products may not be as benign as first thought. E-cigarettes typically contain nicotine, a flavoring, and a solvent. The nicotine encourages addiction, while the flavoring is for appeal. As of 2017, a whopping 7,700 flavors of vaping liquid were available. Although these flavorings are widely used in the food industry and are safe to eat, their safety when inhaled is unknown. Additionally, some vaping liquids contain impurities such as anabasine, which is principally used as an insecticide.

More studies are underway to assess whether e-cigarettes and other electronic nicotine delivery systems (ENDS) help with smoking cessation. To date, the results of randomized, controlled clinical trials is mixed. As far as safety goes, studies have linked the use of ENDS to changes in airflow that precede COPD, daytime cough, phlegm production, headache, dry mouth, vertigo, and nausea.

The U.S. Food & Drug Administration (FDA) regulates the manufacture, packaging, labeling, advertising, sale, and distribution of ENDS. All ENDS products must carry a warning that the product contains nicotine, and that nicotine is addictive. They are not required to say what other chemicals are contained in the product.

To learn about other causes of COPD, purchase COPD, Asthma and Other Lung Disorders at UniversityHealthNews.com. 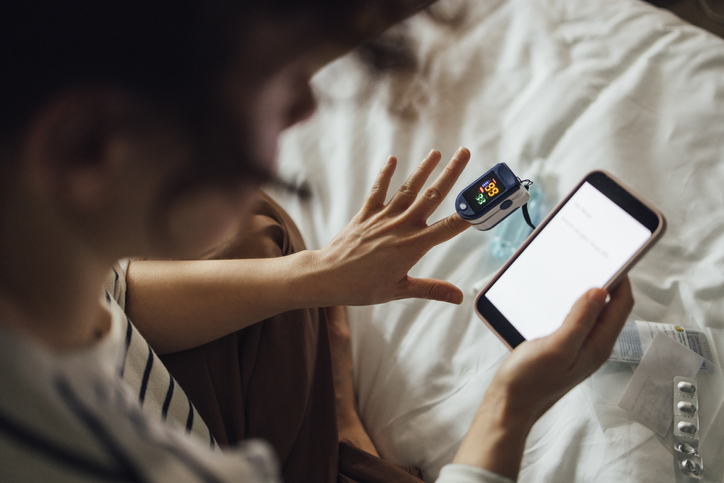 What is a Pulse Oximeter?