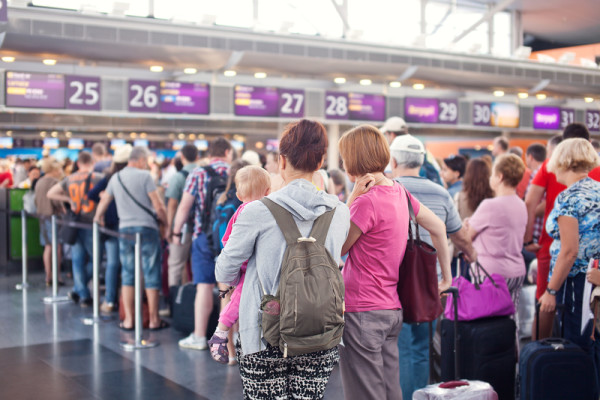 Being in a crowded place and feeling like you can't escape may bring on feelings of agoraphobia.

We typically hear about stress causing such conditions as a nervous breakdown or anxiety attack. But panic disorder symptoms can reflect a number of related conditions. Here are three to consider.

Agoraphobia is the fear of being exposed to any situation that produces significant anxiety or panic. Such situations include taking public transportation or airplanes, going over bridges, using highways, being in very open or enclosed spaces, being in crowds, or simply being outside of the home alone. Generally, the more difficult it is to escape a situation—e.g., taking a two-day cruise with no ports of call—the greater the likelihood it will produce agoraphobia.

In addition to feeling significant anxiety in such situations, people with agoraphobia often worry that something terrible might happen (e.g., the cruise ship might sink) or that they will be unable to escape or have no one to help them should panic set in. Because of their anxiety, people with agoraphobia actively avoid certain situations, and their fear of these situations is out of proportion with any actual risk that might be present.

People with social anxiety disorder have an intense fear of social situations, especially if they believe they’ll be judged or scrutinized by others. So, while a party may produce anxiety, a party in which the person is the guest of honor might produce anxiety so overwhelming it becomes difficult to even enter the room.

Often, people with SAD worry excessively that others will see them in a negative light, perceiving them as anxious, weak, crazy, boring, stupid, awkward, or otherwise unlikable or offensive. Their anxiety feeds into the disorder, since a common concern is that their fear will be obvious to others. While some judgment of others does occur in social situations and people with SAD do typically appear nervous in social situations, their fear of negative judgments is out of proportion with the amount of judgment that is likely to be really going on.

While obsessive compulsive disorder and related conditions have their own category in the American Psychiatric Association’s Diagnostic and Statistical Manual of Mental Disorders separate from other anxiety disorders, excessive anxiety remains a key feature of this condition. People with OCD have repetitive and persistent thoughts (obsessions) that are out of their control and cause significant distress and anxiety. 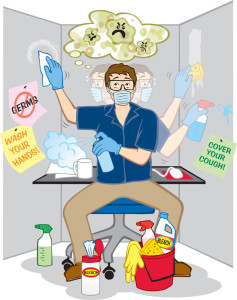 Obsessive-compulsive traits can include phobias related to germs, resulting in frequent hand washing.

A common obsession in OCD is fear of contamination. In order to relieve the anxiety produced by these thoughts, people with OCD engage in compulsive behaviors, such as repetitive hand-washing. If they try to stop these compulsions, the obsessive thoughts and their accompanying anxiety rapidly become unbearable, no matter how much they may try to ignore or suppress them.

Often the compulsive behaviors must be performed according to strict rules in order to relieve the distress, and these rules may change over time. So, for instance, a person obsessively worried about carrying germs on his hands may need to wash his hands for 10 minutes with antibacterial soap but over time, this may increase to 15 minutes and require the use of a specific brand of antibacterial soap.

Once a compulsive behavior is performed, a person with OCD will temporarily experience relief, but very soon the anxious obsessions will intrude again, and he will have to start over. OCD can quickly take over people’s lives, forcing them to literally spend hours a day washing their hands or engaging in other compulsive behaviors.

PTSD is another disorder associated with significant, overwhelming anxiety that is not officially categorized as an anxiety disorder. Instead, it is included in another category of disorders known as trauma and stressor-related disorders.

In PTSD, a trauma causes people’s natural stress response to go out of whack. They may find themselves constantly in a state of fight or flight or they may be very easily brought to this state. The classic example is the war veteran who is immediately driven into “fight or flight” mode every time he hears a loud noise because it brings him back to the trauma of war.

Understandably, people with PTSD avoid objects and situations that may trigger memories of traumatic events and thus produce the overwhelming fear, anxiety, helplessness, or horror they experienced in the past.