What Is CBD Oil? A New Look at the Potential Benefits of Cannabidiol

What is CBD oil? CBD is a non-intoxicating extract from the Cannabis sativa family of plants (which includes hemp and marijuana). CBD is just one of a family of chemicals known as the cannabinoids, shown to have anti-inflammatory, antipsychotic, anti-anxiety, and anticonvulsant properties as well as homeostatic properties (meaning it maintains … Read More

4 GABA Deficiency Symptoms You Can Identify Yourself

Gamma-aminobutyric acid (GABA) is the brain’s most abundant inhibitory, or “calming,” neurotransmitter. While GABA is known primarily for its ability to put you in a relaxed state, it actually plays a crucial role in regulating many aspects of mood, attention, cognition, and sleep. GABA deficiency symptoms may involve any of these … Read More

The Power of Positive Thinking

There is no question that positive people are happier, more successful, and healthier than negative people. Several studies have established the role of positivity and optimism on health—essentially, the power of positive thinking. People who are optimistic have a reduced risk of cardiovascular disease, even after taking into account other … Read More

PTSD: How Post-Traumatic Stress Disorder Affects Us—and How to Fight It

Approximately 70 percent of adults in the United States have experienced a traumatic event at least once in their lives, according to PTSD United, and, as a result, up to 20 percent of those people go on to develop post-traumatic stress disorder, or PTSD. PTSD is a mental health condition … Read More 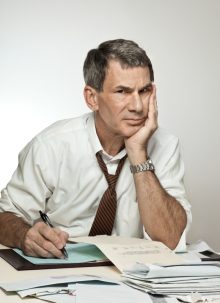 With apologies for sounding like a high-school valedictorian discussing success, I'll start at the top: Before you take a stress quiz, you need to know what stress is. Merriam-Webster says stress is a state "of bodily or mental tension resulting from factors that tend to alter an existent equilibrium.” That … Read More 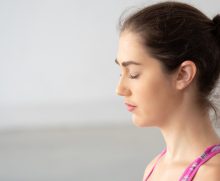 The practice of mindfulness—an essential part of Buddhist meditation—has become increasingly popular in Western society in recent years. Essentially, mindfulness is the ability to stay present in the moment without the intrusion of unwanted thoughts while being able to construct thoughts that are non-judgmental. Mindfulness and mindfulness exercises have been … Read More

Finding the Best Antidepressants for Anxiety

People who struggle with feelings of anxiety frequently turn to medications to help ease their symptoms. However, the large number of medications and their varying characteristics can sometimes make it challenging to find the one most likely to restore normal mood with a minimum of side effects. We asked a … Read More 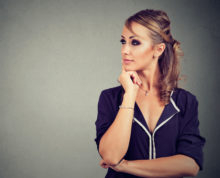 What Is Mindfulness, and How Does It Make a Difference?

It’s a term that's bandied about frequently these days, but you might wonder, "Exactly what is mindfulness?" At its core, it’s the ability to stay present in moment. That means being able to focus, and to be aware of what's happening right now. For example, right now, you're reading these … Read More

Panic Disorder Symptoms: What They Could Mean

We typically hear about stress causing such conditions as a nervous breakdown or anxiety attack. But panic disorder symptoms can reflect a number of related conditions. Here are three to consider. What Is Agoraphobia? Agoraphobia is the fear of being exposed to any situation that produces significant anxiety or panic. … Read More