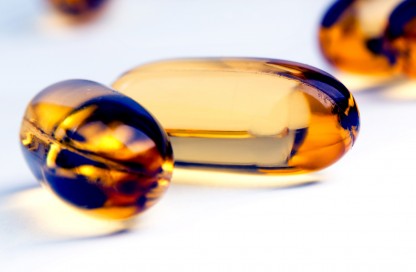 search shows that krill oil may be even more effective at lowering triglycerides than its well-known counterpart.

The omega-3 fatty acids found in fish and seafood lower triglyceride levels and offer a variety of other health benefits. While fish oil has been promoted as a leading source of these valuable nutrients, a new generation of omega-3 supplements is on the rise.

Krill, a type of tiny crustacean at the bottom of the food chain, is one of the most prominent species of zooplankton in the Antarctic.[1] It contains the same omega-3 fatty acids as fish oil, and research shows that it may be even more effective at lowering triglycerides than its well-known counterpart.

How are krill oil and fish oil different?

Many studies have confirmed that krill oil effectively lowers triglyceride levels in both healthy people and in those with high triglyceride levels.[5] A study in Lipids in Health and Disease compared the effects of  4 weeks of supplementation with either krill oil, fish oil, or corn oil as placebo. The results showed that the krill oil supplement led to the largest increase in EPA and DHA levels in participants. The authors attribute this effect to the structural differences between krill oil and fish oil.[2]

Another study found that krill oil reduced triglyceride levels more effectively than fish oil, even when given at lower doses. The authors conclude that krill oil “offers a superior approach toward reduction of risk for cardiovascular disease.”[3] Read more about another source of omega 3 fatty acids, flaxseed, here.

Krill oil is available as an oral capsule. Research shows that a dosage of 2 to 3 g per day effectively lowers triglycerides.[2,3] Safe, natural, and without side effects, krill oil can be a valuable resource to keep your heart healthy.

For more ideas on natural ways to lower triglycerides, read about tocotrienols here.

Have you ever used fish oil or krill oil as a supplement? What was your experience? Let us know your thoughts in the comments section below.