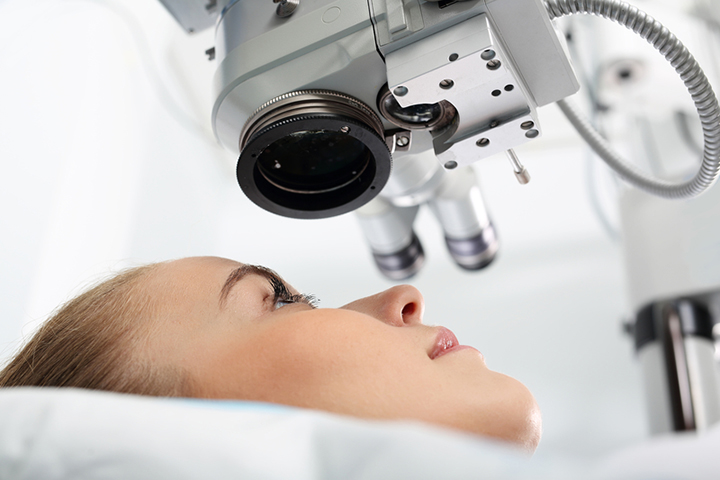 Researchers recently found that a protein called neuroserpin plays a key role in retinal health, but that it's inactivated in glaucoma. This finding may lead to much-needed strategies to prevent and treat glaucoma.

Increased pressure due to fluid buildup is glaucoma. But, is glaucoma hereditary? Having a relative with glaucoma, such as a parent or sibling, means you are at higher risk of developing the disease. There are racial or ethnic risk factors point to a genetic disposition to glaucoma:

Researchers have already identified a number of abnormal versions of genes that lead to primary open-angle glaucoma (POAG), the most common form of glaucoma. These genes are thought to account for about one in 10 cases worldwide, according to the Glaucoma Research Foundation.

A number of genes appear to confer an added risk of glaucoma, adding to the information surrounding the question, “Is glaucoma hereditary?” That said, researchers say just having the genes does not guarantee it will happen. For example, several genes have been linked to primary angle closure glaucoma (PACG), the second-most common form of the disease. Researchers have also linked genes to a form of PACG called exfoliation glaucoma (XFG).

In some families, glaucoma develops early in life—in fact, at birth in some cases. An abnormal copy of the gene called CYP1B1 is thought to be responsible for the main form of glaucoma in children, called primary congenital glaucoma (PCG). In the United States, the gene is not implicated in most cases of childhood glaucoma, but researchers are searching for others.

Studies of family members with glaucoma have helped researchers find genes that may be involved in the disease. For example, researchers have identified a gene variant on chromosome 2 that dramatically increases an individual’s risk for developing glaucoma. Scientists have found an important connection between the genetic regions responsible for high blood pressure and glaucoma. Mapping these and other genetic sites will lead to new diagnostic tools and treatments for glaucoma.

Unfortunately, no preventive measures against glaucoma are 100 percent effective. The best option is to get dilated eye exams and eye pressure checks every one to three years if you’re between ages 55 and 64, and every one or two years after age 65, even if you have no symptoms.

Research indicates that people who have elevated eye pressure, but who have not developed glaucoma-related damage, can significantly reduce their risk by using the eye drops commonly prescribed to treat the disease. Starting treatment early helps delay or even prevent glaucoma in people at high risk.

Even a small reduction in pressure can make a big difference in slowing vision loss. People with additional risk factors for glaucoma, such as those of African-American descent, are even more likely to benefit from treatment.

There are lifestyle changes you may be able to make to reduce your risk of developing hereditary glaucoma:

Recent research shows that people with a long history of moderate exercise may have a reduced risk of glaucoma, suggesting that strength training exercise can help reduce eye pressure. However, lifting too heavy a weight could raise that risk. Weightlifting may cause a temporary increase in eye pressure, especially when weightlifters hold their breath during repetitions. Forcing air against a closed windpipe tends to increase pressure inside the eyeball.