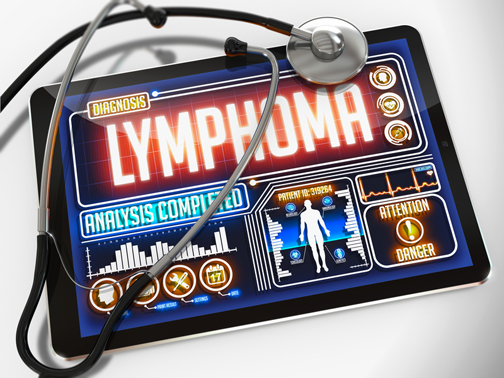 Lymphoma symptoms may include persistent swelling of lymph nodes in the armpit, neck, or groin.

There was a time when receiving a cancer diagnosis was tantamount to a death sentence. Any treatment with chemotherapy or radiation could only postpone the inevitable, and only for a relatively short time. Today, that statement no longer holds true for many cancers, including lymphoma, as evidenced by the fact that more than 788,000 people in the United States are living with, or are in remission from, lymphoma, according to Leukemia & Lymphoma Society estimates. But, as is the case with most cancers, early identification of lymphoma symptoms and seeking prompt treatment are critical to survival.

No screening tests are recommended for any type of lymphoma, so paying attention to lymphoma symptoms is the best way to find the disease early.

One of the telltale lymphoma symptoms is persistent swelling of lymph nodes in the armpit, neck, or groin. These swollen lymph nodes usually are painless, but sometimes they may become painful after you consume alcohol.

Lymphoma also may cause what are known as B symptoms:

Keep in mind that some of these symptoms, such as swollen lymph nodes, are more likely to be caused by noncancerous conditions. Nevertheless, because they are potential lymphoma symptoms, it’s best to tell your doctor about them.

NHL, the most common form of lymphoma, originates in B-lymphocytes (B-cells) and other immune cells that play direct and indirect roles in helping the immune system attack and destroy bacteria, viruses, and other germs. A high-grade, aggressive form of NHL, diffuse large B-cell lymphoma, is the most common type of NHL.

A standard treatment for NHL is a four-drug chemotherapy regimen known as CHOP, an acronym using the first letter of drug names in the regimen:

For diffuse large B-cell lymphoma and other aggressive forms of NHL, the monoclonal antibody rituximab (Rituxan), a form of immunotherapy, is added to the CHOP combination, creating R-CHOP.

In a small study, Mayo Clinic researchers examined whether adding a drug that inhibits a molecular pathway (P13K-mTOR) shown to play a role in diffuse large B-cell lymphoma growth could augment the treatment effects of the R-CHOP regimen. That drug, everolimus (Afinitor, Zortress), has already been approved to treat other cancers and has shown some efficacy against recurrent, or relapsed, diffuse large B-cell lymphoma, the researchers noted.

The Phase 1 study included 24 patients with new, previously untreated diffuse large B-cell lymphoma who were given the everolimus-R-CHOP combination. After an average follow-up period of nearly two years, 23 of the study participants had achieved a complete metabolic response to the treatment, and none experienced a relapse of their cancer.

Additionally, all 24 remained free of disease-related complications one year after treatment, according to the study, published in the July 2016 issue of the Lancet Haematology.

“There is an unmet need to develop new therapies based on R-CHOP to try to increase the cure rate for diffuse large B-cell lymphoma,” Mayo Clinic hematologist and lead study author Patrick Johnston, MD, PhD, said in a statement. “This pilot study suggests that adding mTOR inhibitors to standard therapy could improve outcomes, though it needs to be validated in a larger clinical trial.”

With today’s treatment strategies, Hodgkin disease is now one of the most curable forms of cancer, the Leukemia & Lymphoma Society says. The most widely used chemotherapy regimen in the United States is abbreviated as ABVD for the first letter of each drug:

In a study published June 23, 2016, in the New England Journal of Medicine, researchers from Europe and Australia examined whether the use of positron emission tomography (PET) scans could predict the outcome of ABVD treatment and safely allow for the removal of bleomycin (and its potential pulmonary side effects) from the treatment regimen.

More than 1,200 patients with newly diagnosed advanced classic Hodgkin disease underwent PET scans after treatment with two cycles of ABVD chemotherapy. Those with a clear PET scan—and thus a positive prognosis—either continued with the full ABVD regimen or maintained treatment, but without bleomycin. Those with adverse findings on the PET scan underwent more intense chemotherapy.

After an average follow-up period of more than three years, the study participants who stopped bleomycin had similar overall survival rates as those who continued with the full ABVD combination, but they had a lower incidence of pulmonary side effects.

“The good news is that the majority of people diagnosed with Hodgkin lymphoma can be cured—in this trial, more than 95 percent of patients are alive after three years,” lead study author Peter Johnson, MD, of the University of Southampton, U.K., said in a statement. “But we worry about the long-term side effects from the treatments we use. As we’ve done in this trial, personalizing treatment based on how well it works is a major development for patients with Hodgkin lymphoma, and sets a new standard of care.”

Originally published in August 2016 and updated.