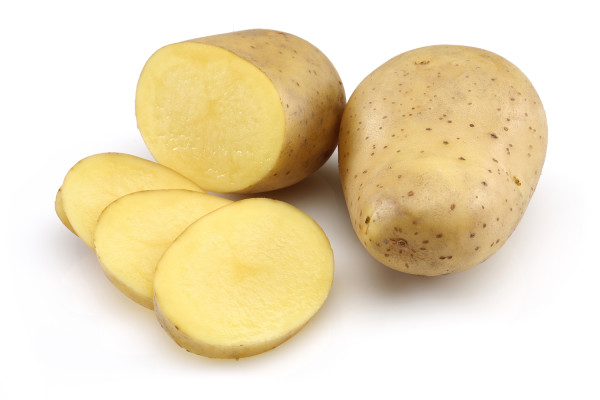 Potatoes are naturally gluten-free, but be careful: Gluten can be introduced to your favorite potato dish in the process of preparation.

Potatoes are not only a favorite comfort food and cozy side dish, they’re a terrific ingredient in gluten-free cooking and even gluten-free baking. Loaded with antioxidants, vitamin B6, vitamin C, and fiber, potatoes are satiating and make a truly healthy food choice. Like rice, potatoes are a staple in the gluten-free diet. This versatile root vegetable is rather neutral in flavor, giving it amazing versatility. It can be baked, boiled, steamed, mashed, chopped, fried, and more.

It is when potatoes are sliced into strips and fried to make French fries at restaurants and in commercial products that the gluten trouble begins. The reason: Cross-contamination occurs when the same vat of cooking oil is used to fry potatoes and gluten-containing items like fried chicken, fried fish, onion rings, and other popular fried fare.

The cooking oil becomes filled with gluten from the wheat-based batter that coats these foods, which then contaminates your French fries. If you’re eating out, steer clear of fries unless you’re certain the chef keeps a separate vat of oil for gluten-free foods only and also operates a clean kitchen overall (i.e., separate clean surfaces, utensils, toasters, bowls, colanders, etc., that are strictly kept gluten-free).

Potatoes come in an amazing array of sizes and colors—new potatoes, russet, yellow, white, purple, and fingerlings are just a few examples. Each variety has its own flavor and texture profile.

Try substituting potatoes in recipes that traditionally call for wheat-based breads and flour, like Grandmother’s Irish Potato Dressing. This stuffing, which is ideal for the Thanksgiving and Christmas holidays, is made with russet potatoes and contains apples for a hint of sweetness.

Another favorite is Potato Sandwich Bread, a tasty loaf that incorporates potato flakes into the dough. Potato Latkes, a Hanukah classic re-created, are gluten-free, making this recipe a terrific side dish and an appealing appetizer for those with celiac disease and gluten sensitivity. These latkes can be made dairy-free and egg-free, too.