Home » Daily » Prostate » Can You Die from Prostate Cancer? 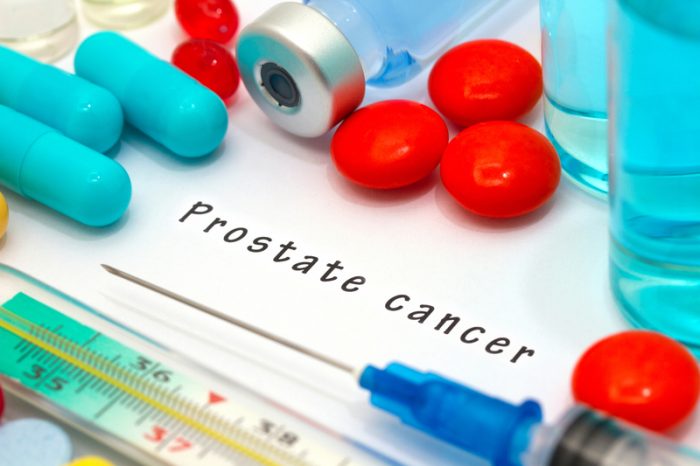 The answer is yes, especially if you allow the disease to grow undetected without a proper diagnosis and treatment.

While prostate cancer usually develops slowly and isn’t immediately life threatening, in some men it can grow aggressively and become lethal. For these men, early detection of prostate cancer may mean the difference between life and death.

Although the prostate cancer survival rate has improved over the years, nearly 27,000 men still died from the disease in 2017, and the 2018 numbers were higher: more than 29,000, according to American Cancer Society (ACS) estimates.

Prostate cancer remains the third-deadliest cancer among men (after lung and colorectal cancers). However, it’s important to keep fears about prostate cancer in perspective. Namely, it is one of the most survivable cancers. About one in seven men will be diagnosed with prostate cancer sometime during his lifetime, but only one in 39 will die from it, according to the ACS.

In short, you are far more likely to die with prostate cancer than from it. It can take 10 to 20 years for a prostate cancer, diagnosed when it is still small and contained in the gland, to grow serious enough to cause symptoms or threaten your life. Because the cancer often grows slowly and strikes mostly older men near the end of their natural life expectancy, many simply die from something else long before the cancer requires treatment.

Can You Die from Prostate Cancer? Statistical Trends

Recent statistics from the American Cancer Society show that the five-, 10-, and 15-year survival rates for men with all stages of prostate cancer are 99, 98, and 96 percent, respectively.

Like any cancer, the prognosis for prostate cancer worsens if it’s allowed to grow to a more advanced stage.

However, the five-year survival rate drops to 29 percent for advanced prostate cancer that has spread to other organs, bones, or distant lymph nodes, the ACS notes.

Weigh the Pros and Cons of Screening

Fortunately, today the vast majority of all prostate cancers are found when they are still in their local stages, largely due to widespread screening efforts.

Because the primary screening method is a simple blood test, screening for prostate cancer may seem like a no-brainer, but it’s more complicated than that. That’s because evidence of whether the prostate specific antigen (PSA) screening test saves lives is conflicting. Some research suggests that routine PSA testing identifies too many harmless, slow-growing cancers, leading to unnecessary prostate biopsies and treatment that can cause significant urinary and sexual side effects. Complicating the issue is research indicating that the screening test misses many aggressive cancers.

Conversely, other studies have shown a benefit of screening in reducing the risk of dying from prostate cancer.

Prostate Cancer Diagnosis? Team Up with Your Doctor

In general, most medical organizations now recommend that men engage in shared decision-making with their doctors, carefully evaluating the risks and benefits of screening to make an individualized, informed decision. Here’s a look at some of the recommendations:

Talk with your doctor about the pros and cons of prostate cancer screening as well as newer, more advanced testing that can augment the PSA exam and improve your prostate cancer risk assessment.