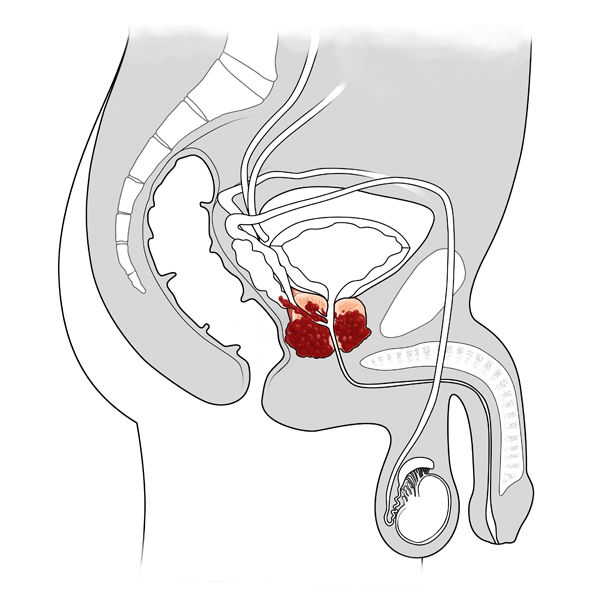 Cancer in the prostate gland, which sits under the bladder and emits fluid to aid in reproduction. It also encases the ureter descending from the bladder, so complications involving the prostate necessarily involve urination.

If your doctor has determined that you’re experiencing prostate cancer symptoms and that your otherwise normal PSA levels are elevated, he likely will order a biopsy of tissue from the prostate gland.

Your doctor may elect to biopsy your prostate based on whether or not you have possible symptoms of prostate cancer, on your PSA levels, and/or on your digital rectal exam (DRE) findings.

There are differing opinions among professional medical organizations about whether performing a biopsy based on abnormal PSA results alone is appropriate. A number of other tests (e.g., PCA3 and PSA velocity) have been developed as screening tools in an effort to either avoid unnecessary biopsy or improve prostate gland cancer detection. Most experts agree, however, that there isn’t enough evidence yet to make them part of a routine screening process. You and your healthcare provider should discuss these options prior to a biopsy.

If prostate cancer is suspected, your doctor will perform a biopsy guided by transrectal ultrasound. A small ultrasound probe is inserted into the rectum to guide the biopsy needle to the biopsy locations. The needle is inserted through the wall of the rectum into the prostate gland to retrieve small pieces of tissue. Typically, at least 12 samples of tissue are taken from different areas of the prostate. This can be done on an outpatient basis and is usually a brief procedure.

The tissue samples are sent to a pathology lab for examination. If cancer cells are evident, they typically are graded using a system called the Gleason score, an indicator of how likely the cancer is to spread. Tissue from two different parts of the prostate gland are examined and given a score from 1 to 5; the numbers from each part are then added together to create the Gleason score. A lower score suggests a lower likelihood of spreading, while a higher score suggests a greater chance.

Once a diagnosis of prostate cancer has been made, additional tests will be performed to determine whether or not the cancer has spread beyond the prostate. These test results, along with the Gleason score, will be used to assign the disease a prostate cancer stage. The system most often used is the American Joint Committee on Cancer “TNM” system, which provides a Roman numeral staging score from I-IV based on the size of the primary Tumor, whether or not there is lymph Node involvement, whether the tumor has Metastasized, the PSA level at diagnosis, and the Gleason score. 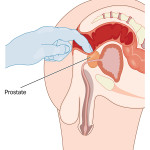 First line of defense in detecting prostate cancer is the digital rectal exam (DRE), plus a measurement for prostate specific antigen (PSA) in the blood. These steps are controversial, however, because some contend PSA has led to over-diagnosis and debilitating over treatment for cancers that aren’t lethal.

Tests performed to help stage the cancer may include: